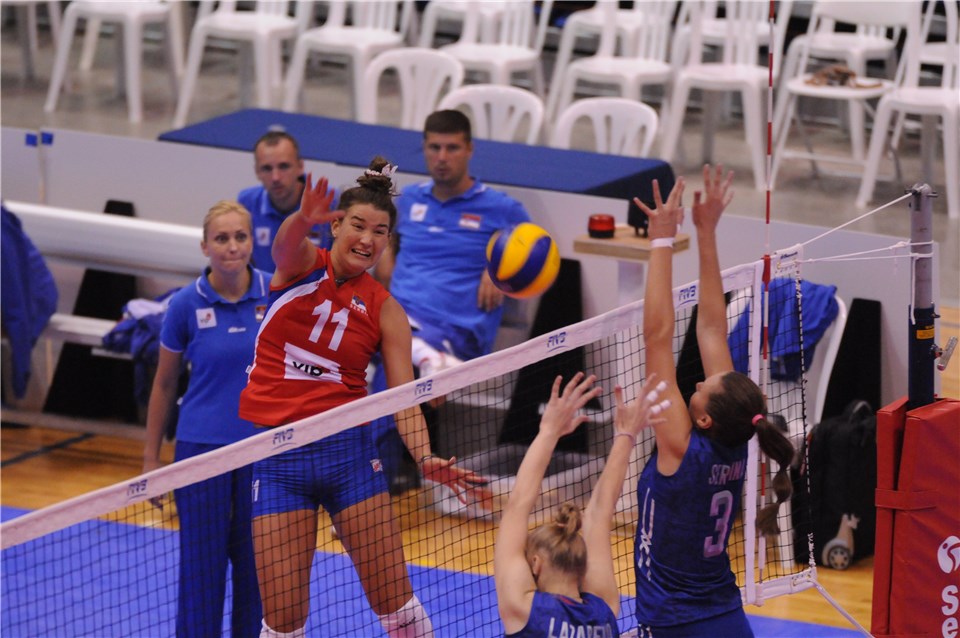 Bojana, who is currently playing with Serbia in the VNL, has called attention to herself with expressive performances, such as when she torched team USA with 23 points on 17/37 (46%) hitting, including 6 blocks, in her teams 3-1 over the Americans Current Photo via FIVB

Scandicci has announced in its official website the signing of Serbian national teamer Bojana Milenković as the latest addition to its roster. The 21-year-old player is transferring out of her home-country’s Red Star Belgrade in what will be her first season abroad. With Serbia’s senior national team, she won the 2017 CEV EuroVolley. As a youth, she had similar successes.

Bojana, who is currently playing with Serbia in the VNL, has called attention to herself with expressive performances, such as when she torched team USA for 23 points on 17/37 (46%) hitting, including 6 blocks, in her team’s 3-1 win over the Americans.

“Signing Milenković was a very fast operation. As soon as we saw an opening, we moved immediately, because we think she is an excellent player, which will allow us to recover injured Vasileva without haste and give us new energy in view of the long season ahead. So far in the national team, she has had giants like Mihajlovic ahead of her, but when she played, she proved her qualities.”

Bojana will be mentored in her new club by Serbian national team teammate Jovana Stevanović. Scandicci, which fell in the semifinals to eventual champions Imoco Conegliano last season, will have an offensive arsenal to be reckoned with in 2018, with the likes of Elitsa Vasileva, current A1 MVP Isabelle Haak, and now one of Serbia’s youngest volleyball promises.