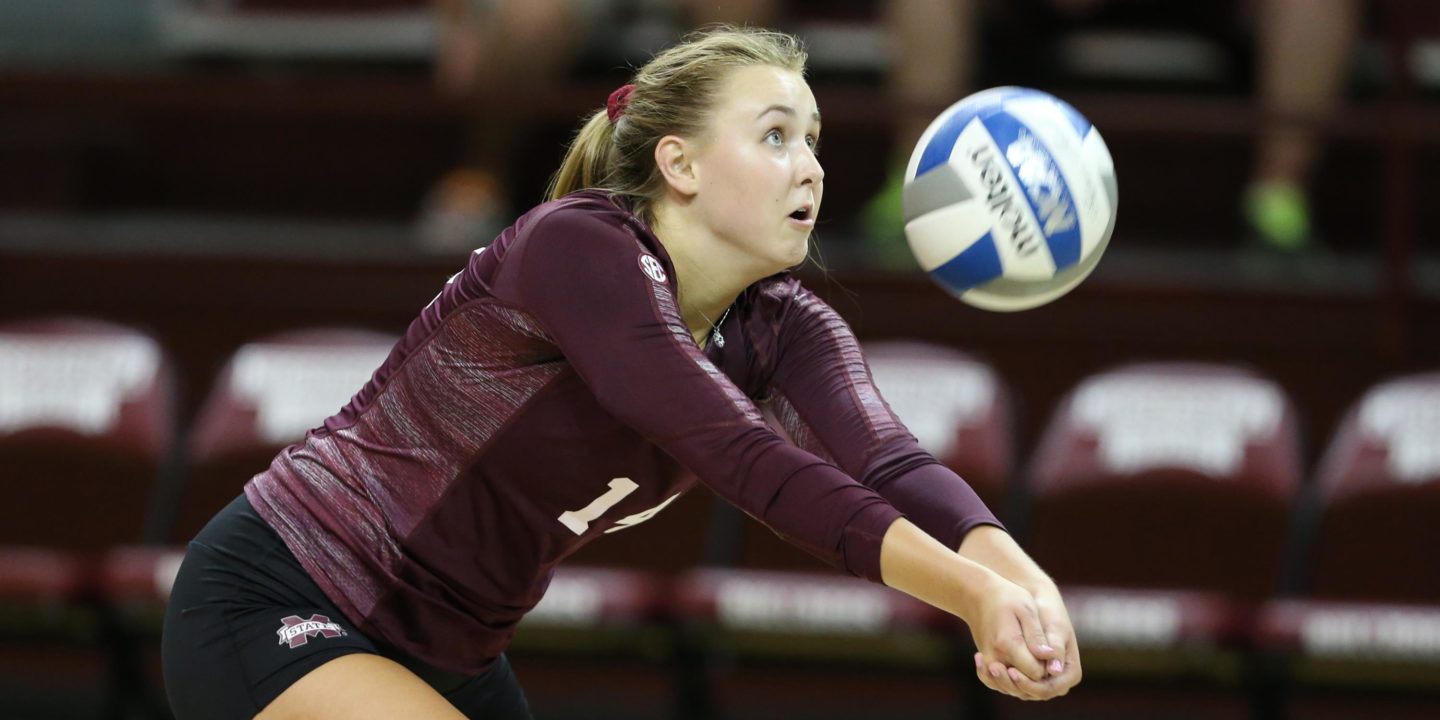 After starting 24 matches as just a true freshman at Mississippi State, Sara Maddox has decided to transfer away from the Bulldogs’ program and attend Bradley University for 2018. A sophomore-to-be in the fall of 2018, the 6’2″ opposite is set to be immediately eligible with three years left of play.

The move comes after Mississippi State underwent a change at the head coaching position this offseason, as David McFatrich – who recruited Maddox to Starkville – was replaced with former Jacksonville head coach Julie Darty.

Maddox arrived at Mississippi State last season as a native of Leawood, Kansas, where she attended Shawnee Mission East High School. There, she was a three-time Kansas 6A All-State honoree. Immediately in her first season with the Bulldogs she played a key role, starting in 24 of 33 matches and finishing third on the team in kills. That all got started on a high-note in the very first game, when she went off for her season-high 25 kills against SMU.

Bradley is coming off of a year in which they entered in a host of transfers and went 10-22 (3-15 MVC) – a three-win improvement from 2016. They had one player on their roster who was listed as being an opposite, though she was also a middle blocker, who will return for 2018 to join Maddox at the position and search for more team growth in the win column.