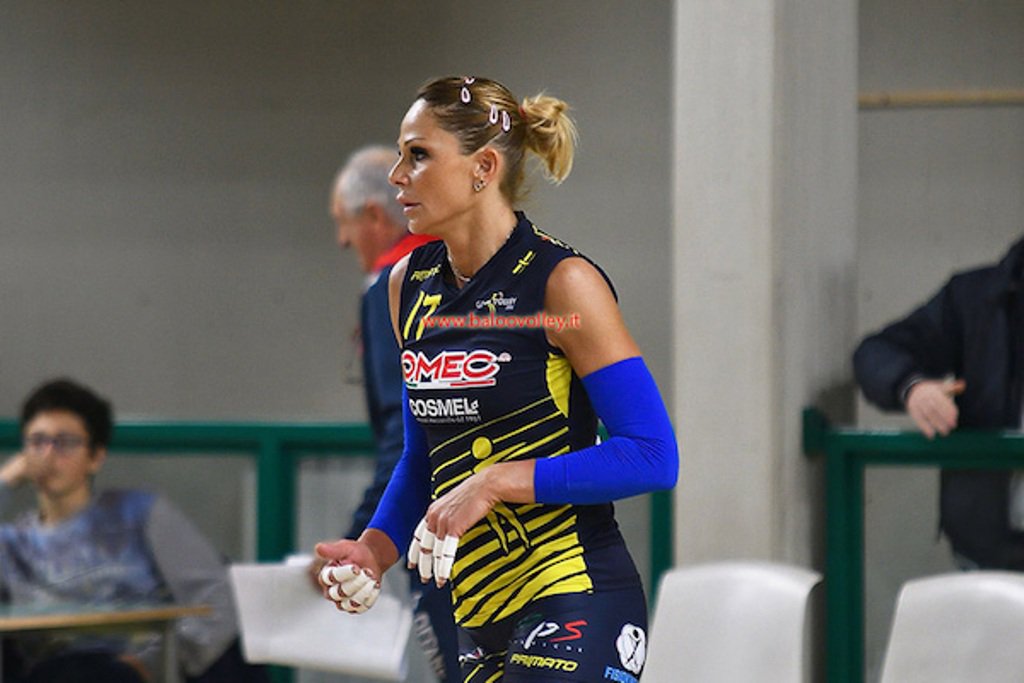 The mid-season addition of Italian legend Simona Gioli lifted Brescia to the top flight of Italian volleyball for the first time in club history. Archive Photo via Savallese Millenium Brescia

On the 34th and final day of the 2017-2018 season for Italy’s Serie A2, the 2nd tier of women’s volleyball in the country, Savallese Millenium Brescia beat Conad Ravenna 3-1 to earn automatic promotion to the top tier of Italian volleyball for the first time in team history. The win held of Cuneo, who swept Olbia 3-0 earlier in the day to temporarily pull 2 points ahead of Brescia. Cuneo earned their runner-up finish in part by the participation of Guidi Lodovica, who was transferred from Brescia to Cuneo on January 31st.

Brescia finished the year with a 25-7 record, and will move into Serie A1 next season.

Who they will replace in the top flight remains-to-be-seen. Serie A1 power Modena has withdrawn from the league just four years after winning back-to-back Italian Triple Crowns in 2012-2013, 2013-2014. Legnano is facing concerns over their future as well, having finished in last-place in Serie A1 with just 11 points (5-17 record), including earning 5 points of penalties related to their own financial woes and inability to pay their coaches and athletes.

But, whatever the new Serie A1 looks like next season, it will include Brescia, as well as their coach Enrico Mazzola, who last week it announced would re-sign for a 4th season with the club. The 55-year old came to Brescia in the summer of 2015. In 3 seasons with the club, he has managed to promote them from B1 to A2, and now from A2 to A1.

“We deservedly renewed our confidence in our coach,” club president Roberto Catania said. “In the past 3 seasons, he has always hit the goals, proving to be a very technically prepared person and a extremely good in dealing with people. We are very happy to be able to count on him.”

The 2018 run to the title included a mid-season addition of middle blocker Simona Gioli, who was a centerpiece and star of Italy’s National Team from 2009 through 2012. She’s now 40-years old. Also on the roster are former Italian Junior Team members Angela Gabbiadini and Francesca Villani.