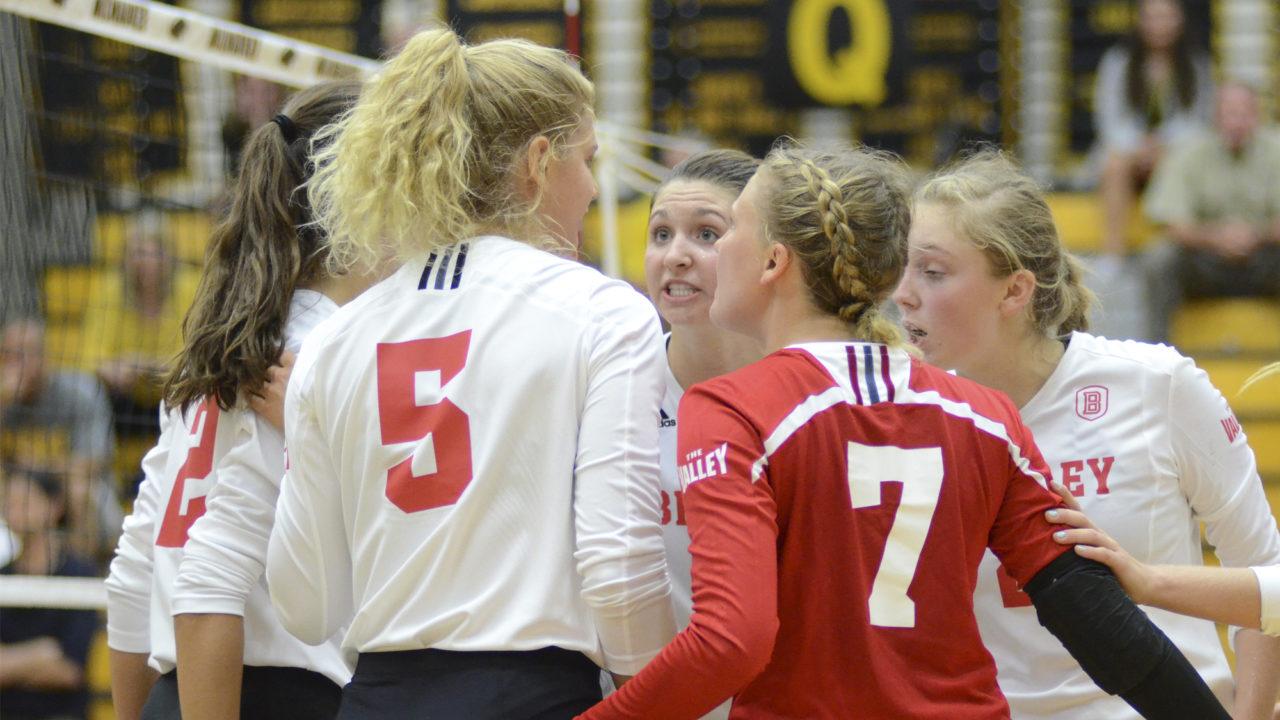 Sarah Shaw is the latest transfer to Bradley, making it four incoming transfers for the program in 2017. Archive Photo via Bradley Athletics

The Bradley Braves keep collecting talent from the transfer market as Sarah Shaw joins three other transfers to join the team in 2017. A 5’11” middle blocker/opposite from Collierville, Tennessee, Shaw will be a junior in the upcoming season and have two years left of eligibility.

Shaw’s previous stint was with UT-Martin, where she spent freshman and sophomore seasons. In her first year she made one start for the team, while in year two she was second on the team in kills per set (2.00) and blocks per set (0.49). Prior to her time in college, she attended Collierville High School during her prep career where she ranked 12th in the state in hitting percentage and 28th in blocks.

“Sarah brings a good deal of experience to our team and will be able to contribute right from the start,” Bradley head coach Carol Price-Torok said in the team’s release of the signing.  “Her athleticism brings a new dynamic to our offense and I’m excited to see the impact she will have on our squad.”

On the 2017 roster, Shaw would be one of four middle blockers while she would be the lone right side hitter. She of course joins Yavianliz Rosado, Alissa Schovanec and Hannah Angeli as transfers coming onto the team for the fall of 2017.

Bradley finished the 2016 season with a 7-22 record and a 2-16 mark in the Missouri Valley Conference. They’ll be looking for the heap of transfers to make an impact and shoot for a stronger season in 2017.