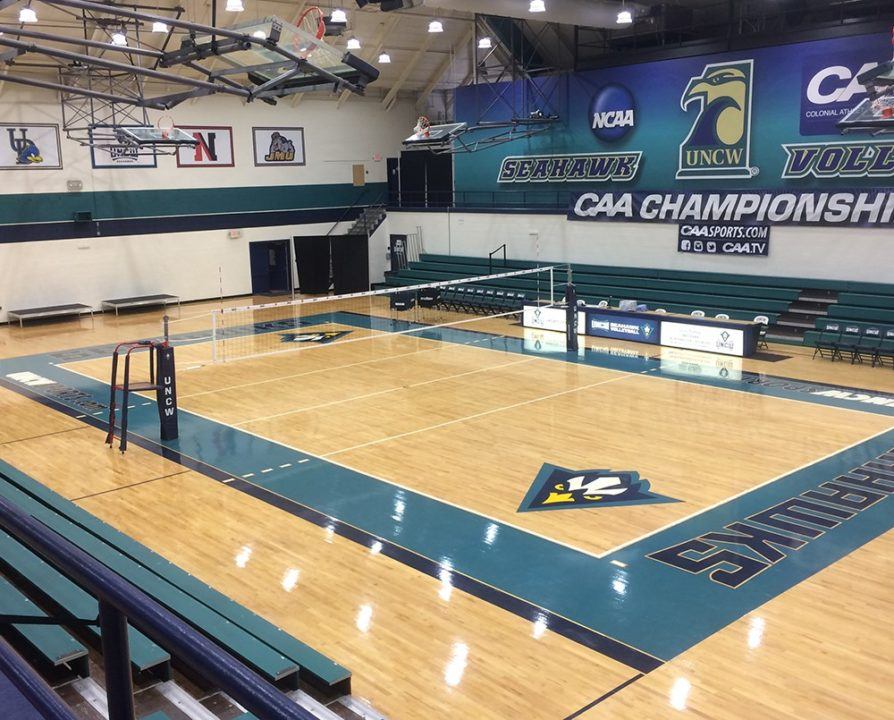 UNC Wilmington is bringing on setter Michaela White, a transfer from Charlotte, for 2017. Archive Photo via UNCW Athletics

The UNC Wilmington Seahawks garnered a newcomer in Michaela White, a 6’0″ setter transferring in from Charlotte. White will be a redshirt junior in the fall season and have two years left of eligibility.

“With the graduation of two senior setters we felt this was a great opportunity to bring in someone who has experience and understands the demands of being a college athlete,” UNC Wilmington head coach Amy Bambenek said in the school’s release of the transfer.

White was previously at Charlotte for three years and two of play. As a true freshman in 2014, she played in 14 matches and 33 sets, recording 131 assists, 61 digs and 20 kills. In 2015, she earned a medical redshirt from a shoulder injury that also kept her out of the 2016 year. Prior to her college days, she spent her prep career in Mt. Ulla, North Carolina, at Carson High School. White helped the team to back-to-back regional championships and runner-up finishes in state her last two years.

“Michaela was on our radar as a high school player so I’m thrilled to add another talented North Carolina native to our roster,” Bambenek added in the release. “She is now fully recovered from a shoulder injury that kept her sidelined for both the 2015 and 2016 seasons and she will have two years of eligibility remaining.”

UNC Wilmington attained a winning record at 17-11 in 2016 as they finished 7-9 in the conference portion of their schedule. A year prior, they won 24 matches and made the NCAA Tournament as it was the pinnacle of three-straight 20+ win seasons.