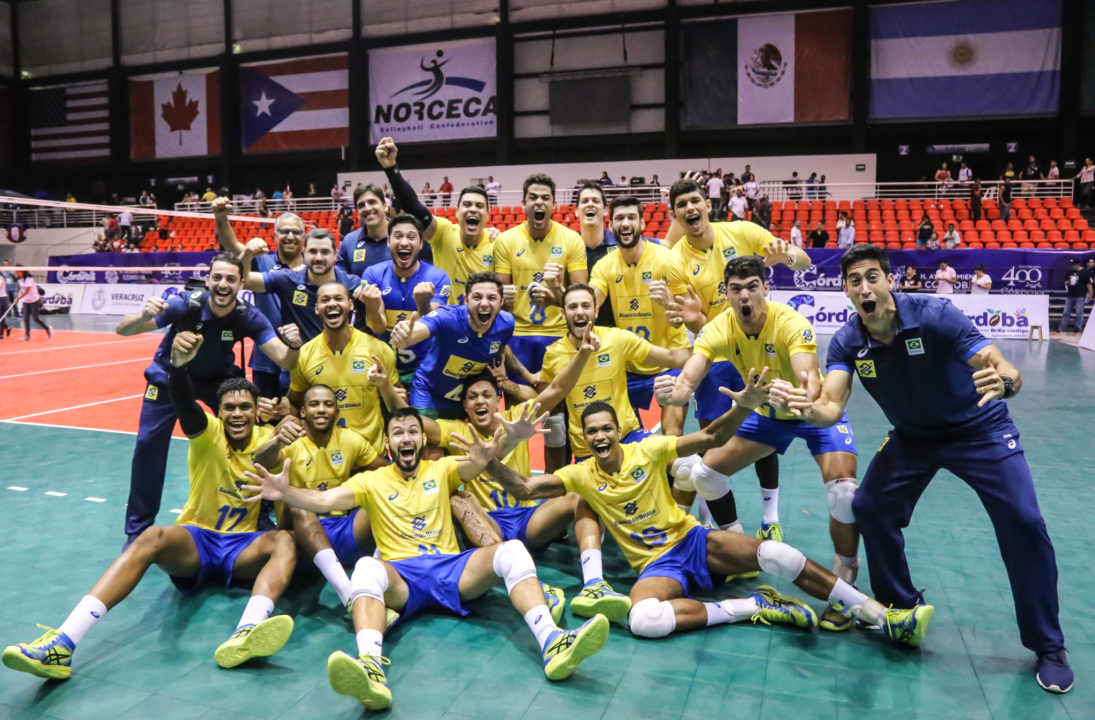 Brazil defeated Puerto Rico in the semifinals to set up a meeting with Argentina in the Pan Am Cup final. Current Photo via NORCECA 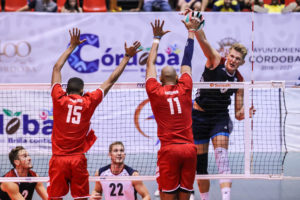 Argentina and Brazil both won their semifinal matches on Saturday to set up a South American final of the Pan Am Cup on Sunday.

Ezequiel Palacios may have been the leading scorer for Argentina, but Matias Sanchez orchestrated quite a balanced attack in the first semifinal. Palacios finished with 17 points on 16 kills and 1 block in the win. Nicolas Bruno continued to shine with 14 points on 14 kills. Luciano Palonsky came on to replace German Johansen in the second set and finished the match with 12 points on 9 kills and 3 blocks. Joaquin Gallego produced a match-high 4 blocks to go with his 6 kills.

Raul Roamy and Javier Rojas both scored 12 points for Cuba in the loss. Roamy finished with 9 kills and 3 blocks. Rojas contributed 2 blocks and 10 kills. Jaime Herrera came off the bench in the second and third sets while starting the third. In that limited amount of time he still scored 9 points on 8 kills and 1 ace.

Alan Souza took the reigns and guided Brazil to another finals appearance in the Pan Am Cup. Souza finished with a match-high 26 points on 22 kills, 3 blocks, and Brazil’s only service ace. Flavio Gualberto scored 16 points in the middle for Brazil. He put away 9 kills, and led the match with 7 blocks. Leonardo Nascimento contributed 12 points on 10 kills and 2 blocks. Those were the only players to break into double-digit scoring for Brazil. Douglas Pureza, the libero, led the match with 16 digs.

Eddie Rivera was the leading scorer for Puerto Rico with 14 points on 14 kills. Maurice Torres scored 10 points on 9 kills and an ace, though he was replaces by Juan Vasquez in the third set. Vasquez finished the match and scored 3 points. Jessie Colon scored 9 points in the middle for Puerto Rico from 7 kills and 2 blocks.