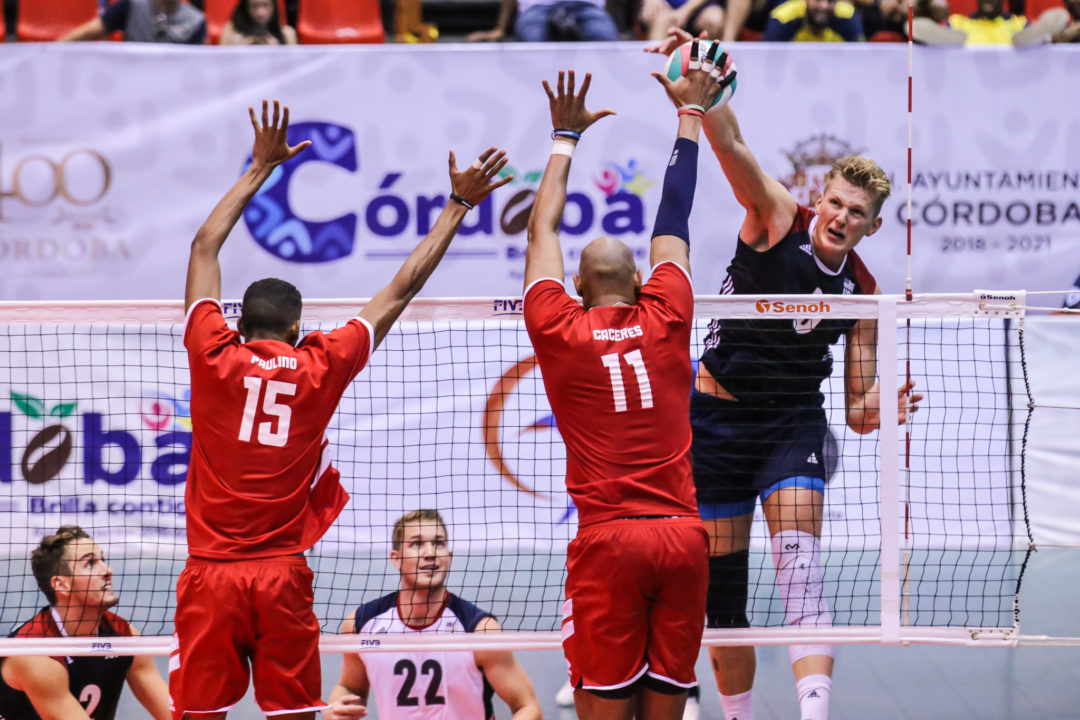 In the seventh to 10th place Pan Am Cup classification matches, Chile and the United States won to set up Saturday's contests, while Guatemala nailed down the 11th place position in the standings with their its win of the tournament. Current Photo via NORCECA 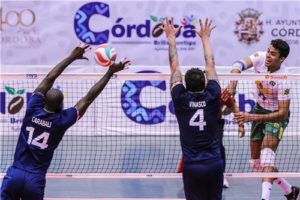 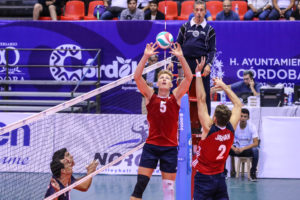 In the seventh to 10th place classification matches, Chile and the United States won to set up Saturday’s contests, while Guatemala nailed down the 11th place position in the standings with their its win of the tournament.

James Shaw piled up 23 points, including a match-high six blocks, to pace the Americans and give them a shot at seventh place in the tournament on Saturday. Shaw, a setter turned opposite, also poured in 17 kills, more than double any other player in the match, in the victory.

Shaw’s output helped the Americans to a 41-35 advantage in kills and 11-4 edge in blocks. Team USA’s second leading scorer, David Wieczorek, served up all four of the team’s aces (to 1 for the DR) and tacked on three kills and two stuffs for good measure. Price Jarman finished the match with eight points (7 kills, 1 block).

The Dominican Republic scored 26 points on American miscues, while committing 22 of its own.

Twelve blocks were key in lifting Chile past Columbia and into Saturday’s seventh place match. The Chileans outdid the Columbians at the net on both sides of the ball: 12-2 in blocks and 37-29 in kills. Chile also boasted a 3-1 lead in aces and benefitted from 23 Columbian miscues, while committing just 17 errors.

Carlos Llanos, Leandro Mejia and Gustavo Larrahondo were the top scorers for Columbia with five apiece, while four other players scored three or more points. Ivan Andres Hurtado served up the team’s lone ace, while Mejia and Cristian Carabali accounted for a block apiece.

Guatemala sewed up 11th place in the Pac Am Cup standings with a classification match victory over Peru, which will settle for 12th, last among the field.

Errors were the deciding factor in the match as the teams were separated by just one point in kills, blocks and aces. Guatemela scored 35 points on Peruvian miscues, while committing just 21 errors of its own. Peru edged out the Guatemalans in kills (51-50), but trailed 4-2 in aces. Both teams managed nine stuffs.

“We are happy with the result, we really wanted to win” Guatemalan captain Carlos Lopez said. “The entire team worked to their best because we wanted to leave the event on a high”.