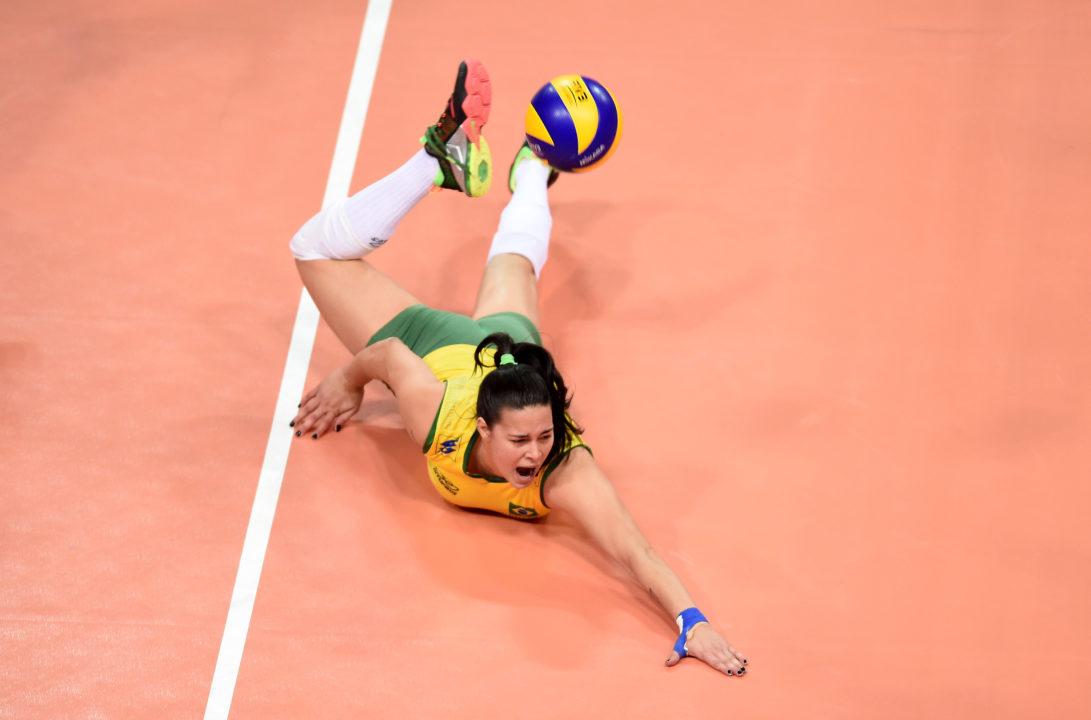 Warning! Injury is very graphic and viewer’s discretion is advised!

Brazilian national teamer and Sesc/RJ player Gabriella Souza suffered a gruesome right knee injury this weekend in her team’s win against Hinode/Barueri in their second round Superliga match-up. The injury happened during the game’s tie break, after she attacked a ball and landed awkwardly on only one leg. She immediately went down screaming in pain, a sign that something serious had happened, as “Gabiru” is one of the toughest Brazilian volleyball players, and was actually playing with a broken finger in her left hand during the game.

All players on court expressed heartfelt concern for their peer, as most of them were in tears, including opposite team coach José Roberto Guimarães:

When she fell and started screaming, I panicked – Coach Guimarães

Coincidentally, Guimarães is her coach in the national team, where she plays as libero instead of as an opposite hitter, her usual position in club play. This year she helped Brazil in their 2017 Grand Prix gold medal run and 2017 Grand Champions Cups silver medal. She is Sesc/RJ‘s third player to go down with an injury this season, as national teamers Gabriela Guimarães and Juciely Barreto are also recovering from surgery.

Here is the message Gabriela left fans on Instagram after the injury:

We as players know that we are subject to injuries every time we step on the court. However, I never expected something like this to happen and always played with no fear of getting injured! I had some torn ligaments in my knee that will require surgery. Nothing new, as this is a normal injury in athletes. I am not the first one that his happened to, nor will I be the last! I am sad to know that I will be kept from doing the thing I most love for such a long period of time. Now I need to focus on my recovery, but with a heavy heart, knowing that I won’t be able to help my team the way I wanted to! I am relieved to be at the hands of excellent doctors that I trust very much. I am with my family and friends, they make everything better.
All the messages I have received have greatly strenghtened me up. I thank all of you sincerely.
Girls (refering to her teamates), all of you were f*** awesome yesterday. I am proud of you, and sincerely thank all your help.