Rio, Osasco, and Uberlândia Start Round 1 Of Superliga With A Bang 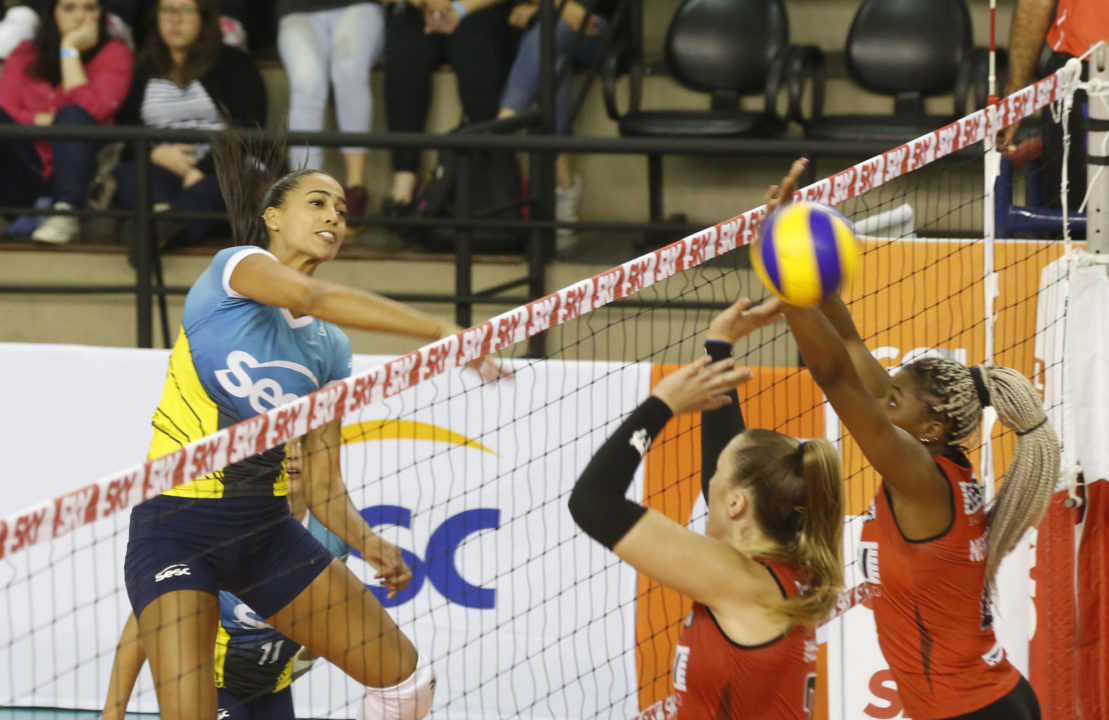 Pretty much like the male edition, which started last saturday, the 2017-2018 Brazilian Women’s Superliga season kicked off with a bang. Most of the title favorites dominated play with convincing wins. The surprise of Round 1 came at the hands of São Caeatano,  a team that will fight against relegation this season, but who as a testament to the great parity among Superliga teams, handed Minas, one of Brazil’s premier clubs, a very one sided 3-0 loss.

Even though Minas was playing shorthanded, as former Team USA player Destinee Hooker was not in uniform for the team, its loss was a major upset. Speaking of former Team USA standouts, Nicole Fawcett debuted for Uberlândia, seeing only limited playing time in their win against Valinhos. As she is coming from a big layoff, the team will bring her up to playing form slowly.

Below, you’ll find recaps from all of Round 1’s action:

Team of the week:

One of Brazil’s premier teams in the past, São Caetano has been going through some of rough seasons as of late. Last season’s 9th place finish was a warning for the club, who hopes to fight relegation this year. A win against a top team that boasts four national teamers will build São Caetano’s players’ confidence for the remainder of the season.

Player of the week:

Thais Souza displayed the dominance that made Fluminense offer her a big contract, lucrative contract this this year. She had 27 points in only three sets of play in Fluminense’s win against Brasília. She dominated Brasilia’s passing lanes with six aces, and also added 2 blocks in the effort.