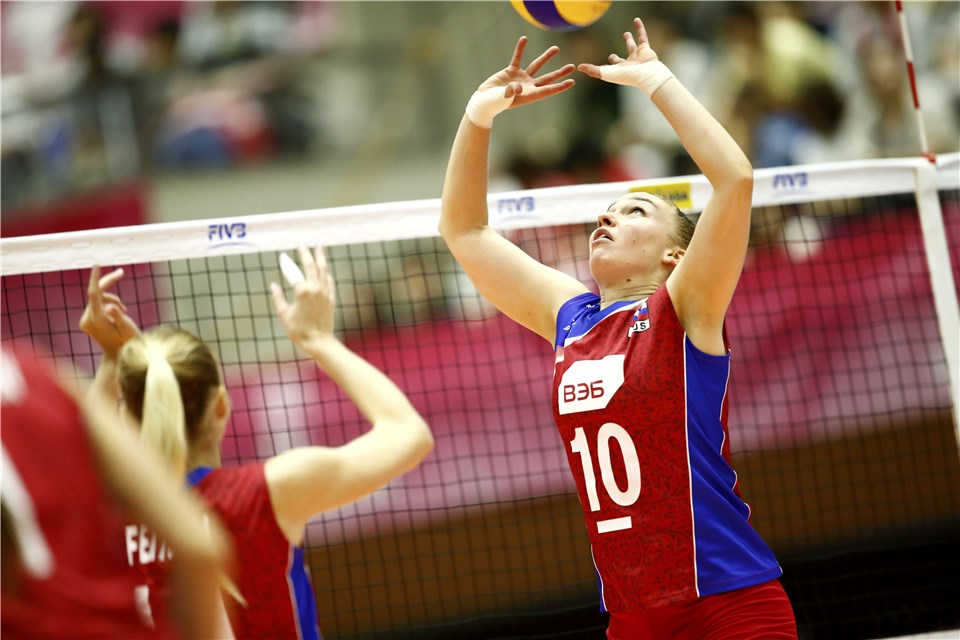 The Russian national teamer will return to Zarechine Odintsovo to be coached by her dad, Vadim Pankov. Current Photo via FIVB

Russian setter and national teamer Ekaterina Pankova (formely Ekaterina Kosianenko) and Dinamo Moscow have parted ways by mutual agreement according to the team’s official website. She will continue her career in a return to her former club Zarechine Odintsovo, a team who also plays in the Russian Superleague, and is coached by her dad, Vadim Pankov. Pankova had been playing with Dinamo since 2014, and captained the team to Russian national championships in the last two seasons, a fact she also accomplished with Zarechine in 2007-2008 and 2009-2010.

27 year old Pankova has been an important piece of the Russian national team since 2011, having captained it at times. With the national team, she played in five FIVB Volleyball Grande Prix (2011, 2013, 2014, 2015, 2016), two CEV European Championships (2013 and 2015, which she won both, including the award for best setter in 2013), the 2015 FIVB Volleyball Women’s World Cup and the the 2016 Summer Olympics in Rio de Janeiro. However, she had lately fallen out of favor with recently fired coach Vladimir Kuzyutkin, and wasn’t called upon in Russia’s last international championships.

Pankova comes from a traditional Russian volleyball family. Besides being coached by her dad in Zarechie, she is the daughter of Marina Pankova, who played three Olympic Games, winning gold in Seoul 1988 and silver in Barcelona 1992. Her younger brother Pavel Pankov is also a volleyball player with national team experience.