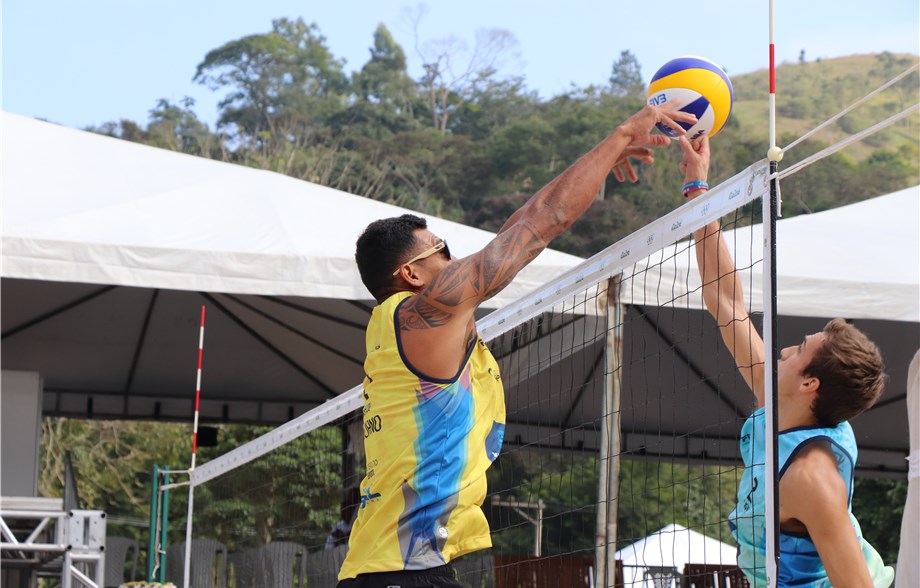 Miguel Pereira One Star Miguel Pereira, Brazil May 24-27, 2018 Schedule/Results After the majority of pool play concluded on Friday,... Current Photo via FIVB

After the majority of pool play concluded on Friday, Brazilian teams stood atop all four men’s and all four women’s pools, earning spots in the quarterfinals.

The two teams who advanced through the men’s qualification matches continued their winning ways, picking up major upsets en route to pool titles.

Canada’s Dallas Keith/Jasmin Cull also received a bye into the main draw and split their Pool C matches, still earning a spot in Round 1 play.

On the women’s side, top seeded Taina Silva Bigi/Victoria Lopes Pereira Tosta won Pool A, while the three remaining pool winners had to secure major upsets to earn the free pass to the quarterfinals.

Taina/Victoria had to win just one match to take the Pool A title after earning a bye in their opening match. The team came through with a straight set win over Italy’s Carolina Ferraris/Francesca Michieletto.

Talita Calixto Simonetti/Hegeile Almeida dos Santos made it through a tiebreak win to face off with No. 2 seed Diana Rios/Yuli Ayala, and notched a straight set win to take the Pool B title.

The Pool D title was decided in an epic tiebreak affair with two of the three sets going to extra points. Aline Lebioda/Diana Bellas Romariz Silva secured the victory after rallying from behind for  the 21-23, 27-25, 15-12 win. 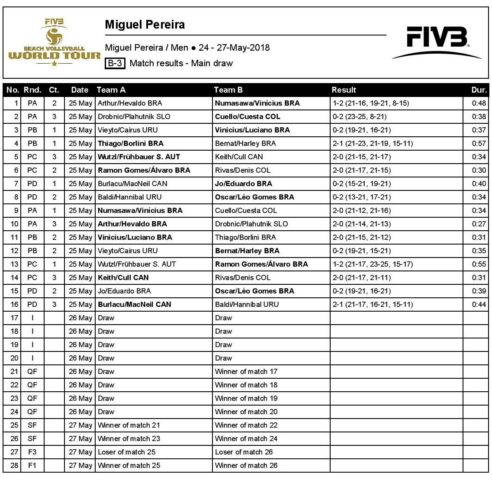 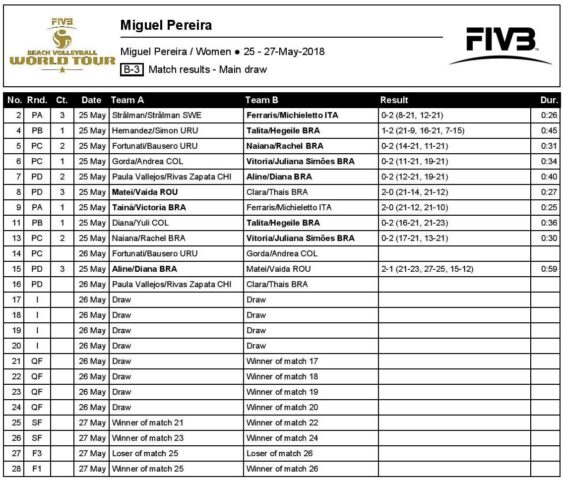