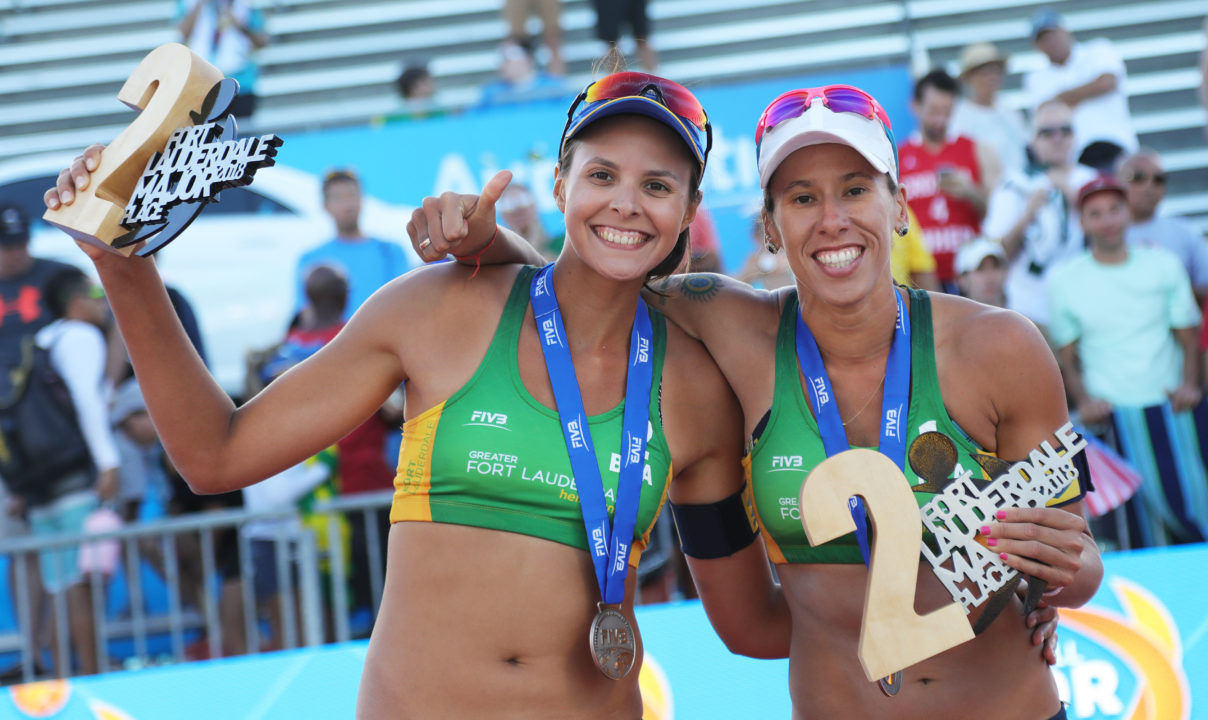 After an incredible run at the 2018 Fort Lauderdale Major, Brazilian duo, Taiana Lima/Carol Horta have decided to stick together for the remainder of the 2018 beach season.  Current Photo via FIVB

After an incredible run at the 2018 Fort Lauderdale Major, Brazilian duo, Taiana Lima/Carol Horta have decided to stick together for the remainder of the 2018 beach season. The two initially planned on teaming up for just the Fort Lauderdale Major, but their run from the country quota match to earning the silver medal helped solidify their partnership.

The duos next tournament together will be in early April in the Brazilian Tour event in Aracaju. Following this, they will step back into the FIVB World Tour to participate in the four-star event in Xiamen, China.

“Things weren’t working between Elize Maia and I, we tried to fix it, but it wasn’t enough. The plan was to play with Carol only in Fort Lauderdale, but we did so well and got enough points to start the next tournament in the main draw, so we decided to give it a shot,” said Lima to beachmajorseries.com.

Lima/Maia partnered for just a year before they called it quits. Lima partnered with Horta at Fort Lauderdale because of an injury that Maia sustained earlier in the year. The duo had a number of strong finished both in the Brazilian Tour and FIVB World Tour but was never able to hit the top of the podium.

Lima has 13 seasons of international beach volleyball experience under her belt while Horta has only played in 18 World Tour events so far, with two medals won so far. The team will be coached by Marcelo Carvalhaes.