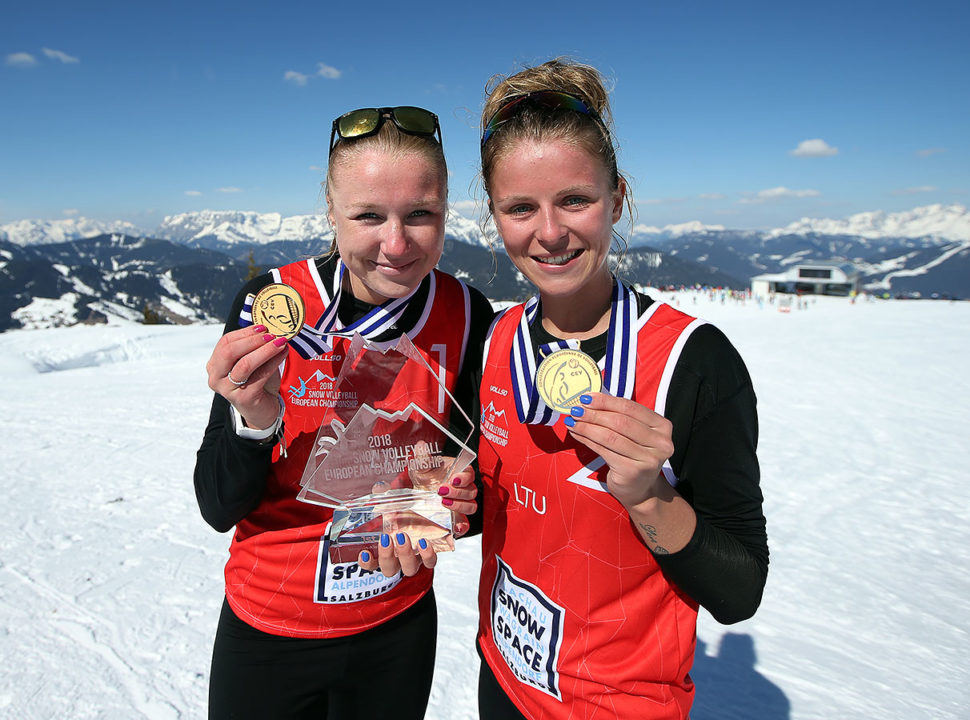 Daianov and Myskiv achieved their feat after dropping only one set in the six matches they contested in the tournament, finishing their quest for gold with a 3-0 victory (14-12, 17-15, 11-9) in the gold medal match against Germany’s Jonas Schröder and Paul Becker.

“It feels like a dream and of course we are very happy with this European title.”

“It feels amazing and I would especially like to thank the many supporters who have been watching the final. The atmosphere here was just great! We still cannot fully realise that we have won this tournament but I can say that we had come to Austria with high expectations. We can truly say that we have made history since this was the first ever European Snow Volleyball Championship and we travel home with the gold medals around our necks. However, there is not much time to party, since after going back to Vilnius, we will be able to rest for a couple of days only before we fly out to Turkey for a Beach Volleyball camp. Beach Volleyball remains our top priority but we enjoyed playing on snow very much and we hope to come back again, possibly for the first World Championship, as we have heard that there are plans to hold one in future.”

Overall, CEV celebrated their results from its inaugural European Snow Championship tournament. The event was televised in 19 European countries, as well as around the world via TV partnerships and internet streaming. Here is how CEV’s president Aleksandar Boricic reacted: