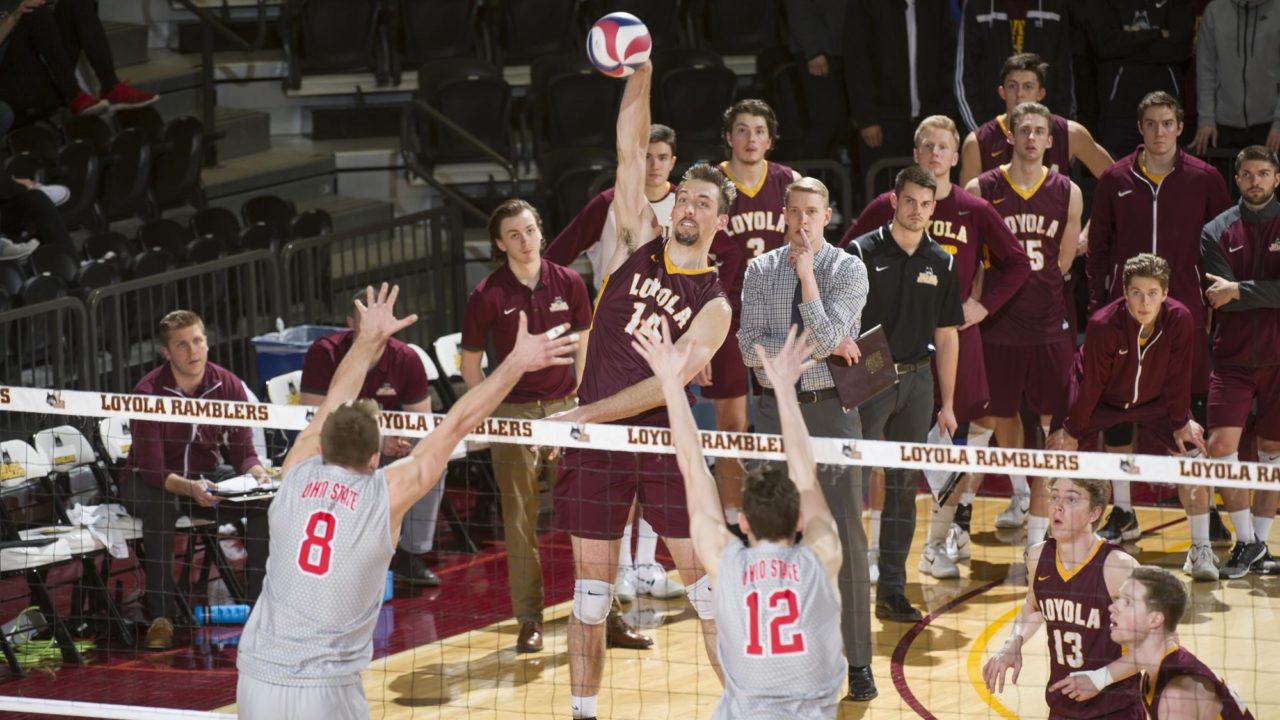 Senior opposite Ricky Gevis averaged 3.67 kills, 1.50 digs and 0.83 blocks per set, while hitting .400 in sweeps of No. 11 Ball State and No. 15 Fort Wayne en route to VolleyMob Player of the Week honors.  Current Photo via Loyola Athletics

This week’s player of the week did a little bit of everything as his No. 6 Loyola Rambler squad picked up two Top 15 victories in the friendly confines of Gentile Arena. Senior opposite Ricky Gevis averaged 3.67 kills, 1.50 digs and 0.83 blocks per set, while hitting .400 in sweeps of No. 11 Ball State and No. 15 Fort Wayne. The Naperville, Illinois, native downed 10 kills in an errorless .556 effort (10-0-18), while adding four digs, two blocks and an ace against the Cardinals. He then chipped in 12 kills, five digs, three blocks and an ace, while hitting .296 against the Mastodons, to move the Ramblers to 19-4 overall and 9-1 atop the MIVA.

Averaged 5.17 kills and 2.19 digs per set, while hitting .282 in wins over Lees McRae, Queens and Lincoln Memorial; downed 62 kills, 26 digs and eight aces; posted 25 kills, five digs, two aces and two blocks, while hitting .388 in a four-set win over Lees McRae; tallied a 15-kill, 10-dig double-double to go with four aces and three blocks and a .306 hitting effort in a sweep of Queens; notched a 22-kill, 11-dig double-double, while hitting .175 and adding two aces and a block in a five-setter vs. Lincoln Memorial; Conference Carolinas Player of the Week