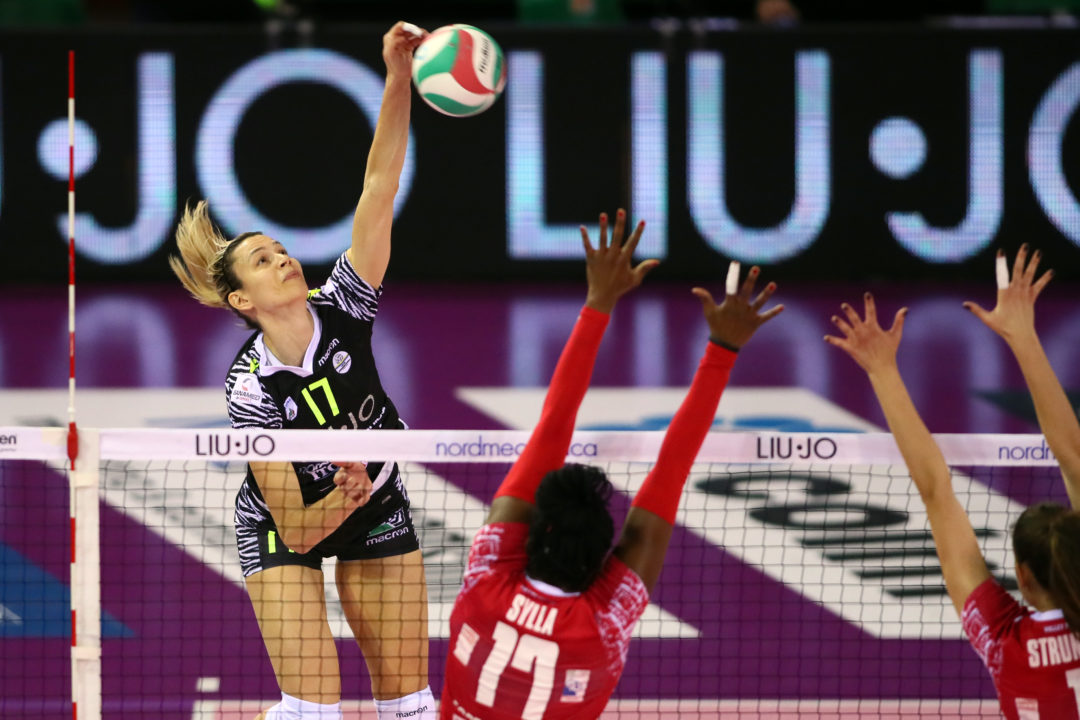 Only 24 hours after being eliminated from the Italian League’s playoffs, Liu Ju Nordmeccanica Modena has announced that it will not sign up for next season’s competition, according to volleyballmagazine.it. The team, which is home to USA’s Symone Abbot, announced the news via an Italian TV channel. The news is heartbreaking, as in the last 10 years Modena has been a staple of Italy’s premier league, winning the country’s triple crown in 2012-13 and 2013-14 (Championship, Cup, Supercup).

“I would like to sincerely thank all athletes and technical staff who this season allowed us to live big emotions. I would also like to thank our sponsor who shared with us enthusiasm for our project. Lastly, I would also to thank our fans for having supported and followed us in this big sporting adventure.”

When a team in the Italian league folds, especially a team of Modena’s caliber, it shows that even in the mightiest leagues of the world, volleyball is still highly susceptible society’s economic woes.

Several teams have gone through financial troubles this season in Italy. The most noteworthy case is that of Legnano. After struggling to pay its players since the beginning of the season, it had to part ways with Americans Annie Drews (here), Sonja Newcombe (here), and Italian Giada Ceccheto (here). Then, after a lengthy legal battle, it was penalized with a loss of one point in league standings due to not having paid its former head coach Andrea Pistola, who was fired from the team after a 4-9 season start, for two months.