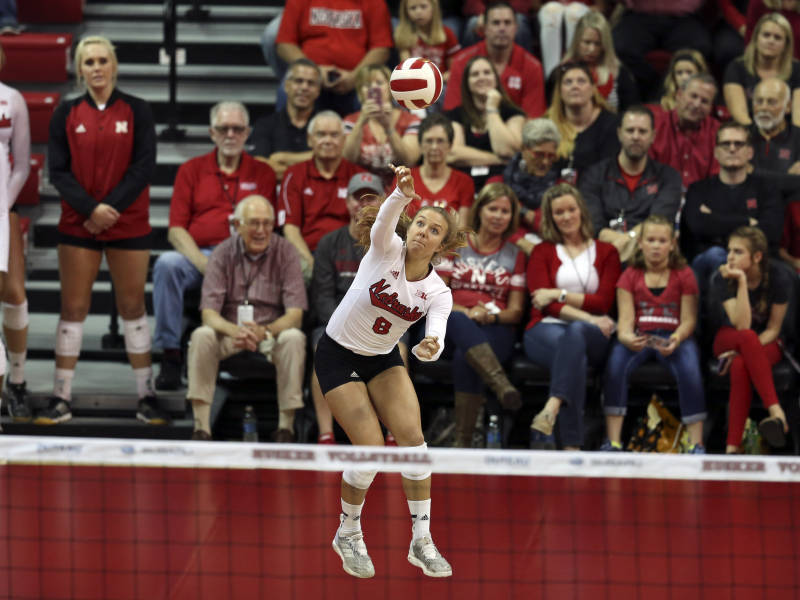 Junior-to-be Brooke Smith, who Nebraska announced would be transferring earlier this month, has found her landing spot – at former Big... Archive Photo via Nebraska Athletics

Junior-to-be Brooke Smith, who Nebraska announced would be transferring earlier this month, has found her landing spot – at former Big 12 rivals Kansas State.

Smith, primarily a serving specialist, appeared in 30 sets across 18 matches in her two years with the Cornhuskers. That includes 2 starts.

Off-the-court Smith made huge contributions to the Huskers’ program. She was an Academic All-Big Ten selection, was named Nebraska’s Big Ten Sportsmanship Award winner in 2016. She was also twice named to the Tom Osborne Citizenship Team at Nebraska – which recognizes student-athletes who participate in community service.

Kansas State returns 10 letterwinners from last year’s team – which won 20 games for the 12th time in 16 seasons under head coach Suzie Fritz. The Wildcats advanced to the NCAA tournament, where they hosted an opening round quad. They beat Libscomb 3-0 in the opener before falling to Ohio State 3-2 in the second round.