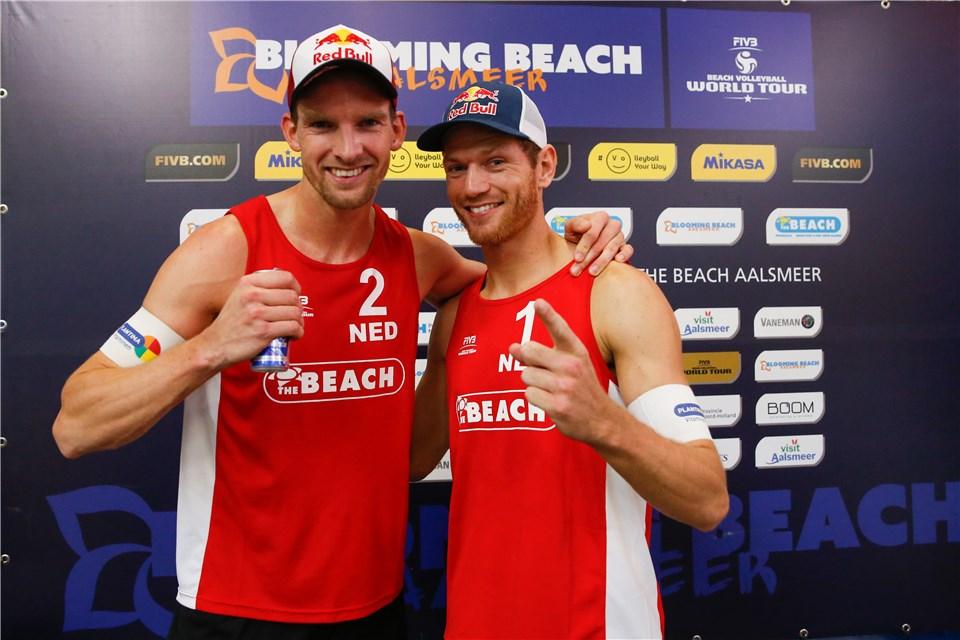 There were no surprises on Sunday at the Aalsmeer One Star, the odds on favorite, top seeded Alexander Brouwer/Robert Meeuswen of the Netherlands were crowned as gold medalists with two more straight set wins. The duo, which also won finished atop the podium at the Doha Four Star last week in Qatar and was ranked fourth in the world, did not drop a set through its five matches.

In the end, the pair topped countrymen Christiaan Varenhorst/Jasper Bouter, the No. 2 seed, in the final, winning 21-15, 21-19 and taking home the $1000 prize. In the semis, the victors faced another home-standing squad in No. 4 seed Dirk Boehle/Steven van de Velde, wrapping up a win in just 29 minutes.

The gold medal marks the third podium finish of the season for Brouwer/Meeuwsen, following a bronze at the Hague Four Star and the gold in Doha. The silver is the best FIVB finish for Bouter/Varenhorst, who were fourth at the Hague and have were in just their sixth tournament as a pairing.

Varenhorst/Bouter made the final with a three-set win over Ben O’Dea/Sam O’Dea of New Zealand. The Dutch duo dropped the first set 21-18, but rebounded with 21-15, 15-13 victories to move on.

Boehle/van de Velde grabbed the bronze with a straight set win over the O’Deas, earning their first ever FIVB podium finish.

All told, six Dutch teams were among the 28 team field at the tournament, with five making it to the round of 12.

It will be three weeks before the FIVB World Tour continues at a one-star double-gender event April 8-11 in Satun, Thailand.