Bruns, Sneed Tabbed as A-10 Offensive, Defensive Player of the Week 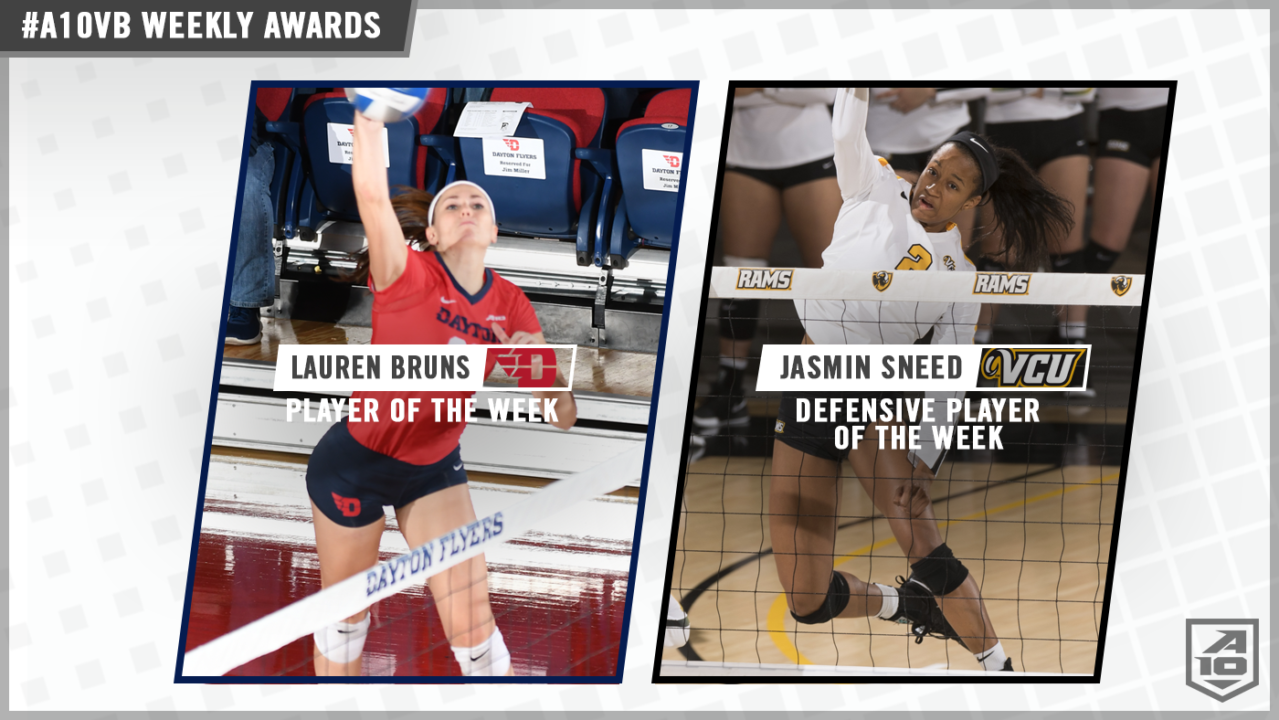 NEWPORT NEWS, Va.—Dayton senior Lauren Bruns was named the Atlantic 10 Conference Volleyball Player of the Week, while VCU junior Jasmin Sneed was named Defensive Player of the Week. Dayton freshman Alli Papesh and Saint Louis freshman Giovanna Charles were selected as the league’s Co-Rookies of the Week. All awards were for matches played Oct. 8-14.

Bruns helped lead Dayton to consecutive three-set sweeps over the weekend after averaging 5.00 kills per set and hitting .473. The outside hitter from Versailes, Ohio, recorded a match-high 16 kills and hit .519 in the Flyers’ 3-0 win against Fordham on Friday. She followed with a match-high 14 kills while hitting .429 in a 3-0 win over Rhode Island. For the weekend, she averaged 5.17 points per set.

Sneed averaged 2.00 blocks per set in wins against George Mason and George Washington last weekend. The middle blocker from San Antonio, Texas, recorded nine blocks in a 3-1 win over GW on Sunday as the Rams remained unbeaten in league play.

Papesh finished second on the team with 3.17 kills per set as Dayton recorded victories over Fordham and Rhode Island. The outside hitter from Channahon, Ill., had seven kills and an attack percentage of .429 in the win against Fordham. She followed with 12 kills, eight digs and two blocks in the win against Rhody.

Charles had a season-best .478 attack percentage in a 3-0 win over Rhode Island on Friday, tallying 11 kills and zero attack errors. Against Fordham on Sunday, the outside hitter from Gran Prairie, Texas, had 19 kills and a career-high seven digs to go with three blocks in a five-set win.

After enjoying a huge weekend, Giovanna Charles was rewarded by the A-10 today! https://t.co/a3ABCPaau2