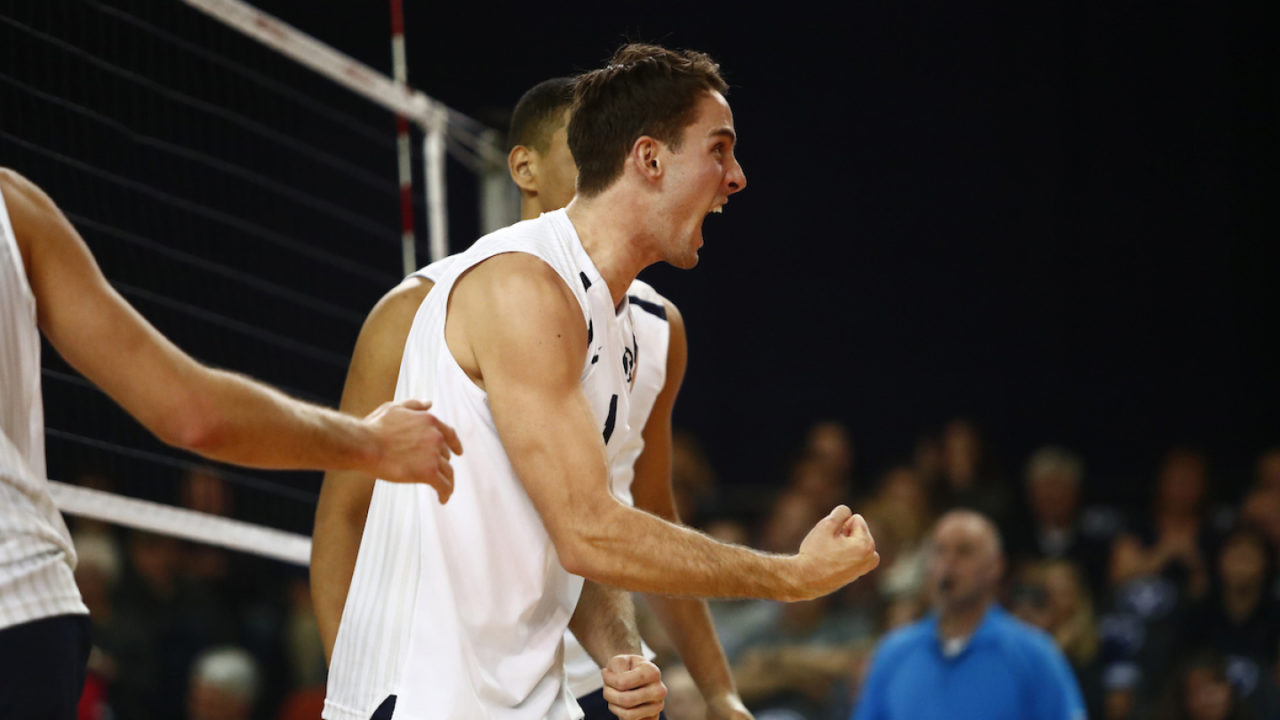 BYU clinched the MPSF regular season title and a bye in the MPSF Quarterfinals as we head to the postseason; MPSF Final Update. Archive Photo via BYU Photo

The final week of the MPSF regular season came last week with BYU wrapping things up in a win over Pepperdine but also getting swept by UCLA. That may be a momentum shift or turning point for the Bruins to overtake BYU in the MPSF Tournament should they meet, but as for now the Cougars sit in the top spot. Lower down the standings, Concordia Irvine won out the race for the #4 seed a chance to host in the first round of the MPSF Tournament ahead.

Despite losing to UCLA in the season finale, BYU had already wrapped up the MPSF regular season title in the match prior by sweeping Pepperdine on the road. The thought may be that UCLA has jumped ahead of BYU in public perception because of the sweep to round out the year, but the counter is that the Cougars won the league over the Bruins, swept them back in Provo earlier and might have had less angst to win knowing they had already clinched the title. Beyond winning a championship and setting themselves up strongly overall, BYU now gets the #1 seed for the MPSF Tournament – meaning they both get a bye in the quarterfinals and will host the final four teams in Provo – where they went 5-1 against conference opponents this season.

Currently both of these teams are in the mix for an at-large selection should they not win the MPSF Tournament like they couldn’t win the league in the regular season.

The Bruins are in a great spot to make the NCAA Tournament whether they win the MPSF Tournament or not, as they sit high in every form of rankings – notably 2nd in the RPI which is used heavily by the NCAA Tournament committee. As long as they can win their MPSF Quarterfinal match with Stanford they might be good no matter what, though advancing to the MPSF Championship match with a second win might make it a sure thing. Of course, they’d rather not play the guessing game and just win the event, but it’s nice to know that they’ve compiled a great resume regardless.

Unlike UCLA, Pepperdine isn’t in as good of a spot for an at-large bid. Their only chance at making the NCAA Tournament might be to win the MPSF Tournament, but it could still be possible that they have a shot at an at-large. The issue is that likely UCLA, UC Irvine, Loyola Chicago and Hawaii are all in front of them for two spots. Maybe if a few of those lose early in their league tournaments though and Pepperdine wins in the MPSF Quarterfinals over USC and got to play UCLA (assuming the Bruins won too) and beat them, it would make the discussion more complicated.