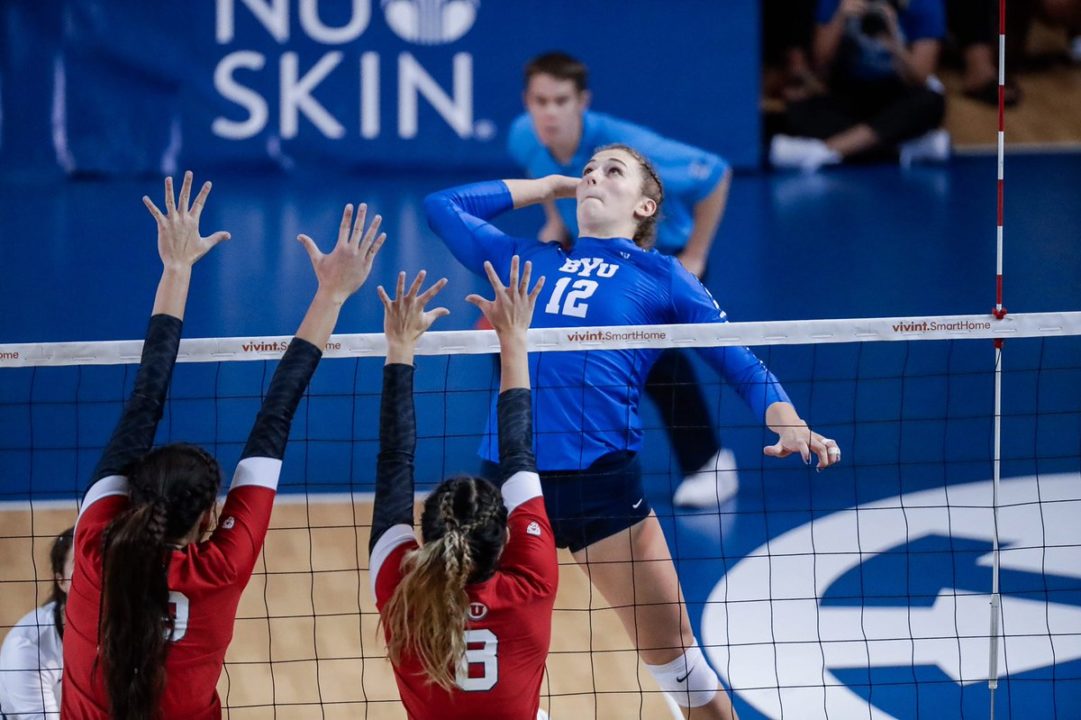 SAN BRUNO, Calif. – The West Coast Conference has named its Volleyball Player of the Week for October 1, 2018.

On the week, Jones-Perry averaged 5.22 points per set, 4.33 kills per set, 0.67 aces per set and 1.89 digs per set while hitting at a .444 clip – well above her season average. The Cougars have posted five straight sweeps to open WCC play and have now won 24 consecutive sets.

BYU plays at San Diego Friday, October 5. First serve is at 7:00 p.m. from the Jenny Craig Pavilion in a match carried exclusively on TheW.tv.