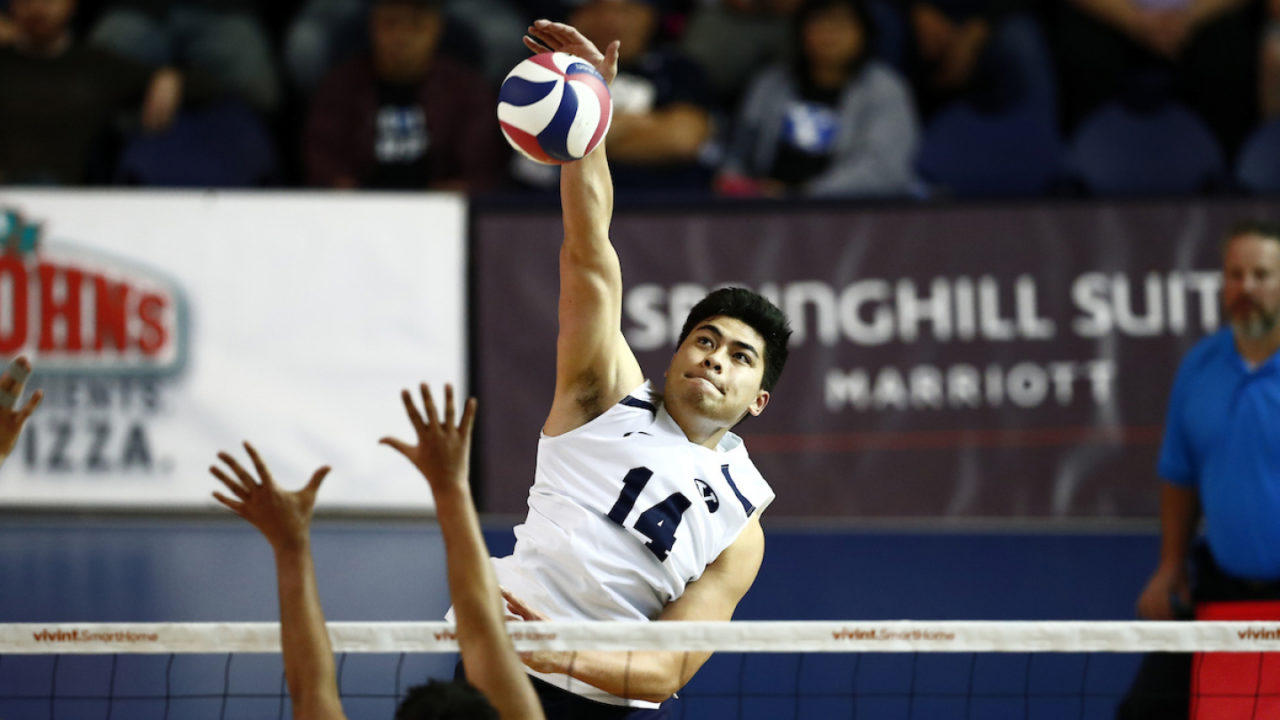 BYU’s in-house video production network BYUtv produced its own edition of March Madness, dubbed Mayhem in March (for obvious copyright reasons), that pitted the best ping-pong players from 8 of the school’s athletics programs against each other in a bracket-style tournament to determine the Between the LYnes Mayhem in March Champion. No tennis players were included, for obvious reasons.

The top 2 seeds of the tournament, women’s volleyball libero Mary Lake and men’s volleyball outside hitter Storm Fa’agata Tufuga, made their way to the final of the tournament. Lake’s path ran roughshod over the BYU men’s basketball team, beating 6’10” forward Payton Dastrup (11-4 win) and 6’5″ guard Evan Troy (11-8). That includes beating Troy in the semi-finals, who brought his own paddle and before the match said that a win “shouldn’t be too difficult.”

Tufuga ran through 6’5″, 260 pound football tight end J.J. Nwigwe 11-1, and his teammate and fellow outside hitter Brenden Sander (12-10). Also in the tournament was women’s outside hitter McKenna Miller, who lost to Sander in the opening round.

That made an all-volleyball final that saw Lake go up big early, but Tufuga fought back to take the win 21-16 when Lake returned a sharp Tufuga shot long.

Tufuga was aggressive offensively, and the libero Lake relied on solid defense and waiting for her opponents to make mistakes, and that strategy wound up paying off for Storm in the title.

Tufuga ranks 3rd in kills for BYU this season with 172 in 70 sets (2.56/set), while hitting .292. He also has 30 aes and 39 blocks so far for 222 total points. The 2nd-ranked BYU men have 2 regular season games left before beginning the MPSF conference tournament: against #7 Pepperdine on Thursday at home and then on the road against #3 UCLA on Saturday.

Watch the videos, along with some amazing pre-and-post-match interviews, below: