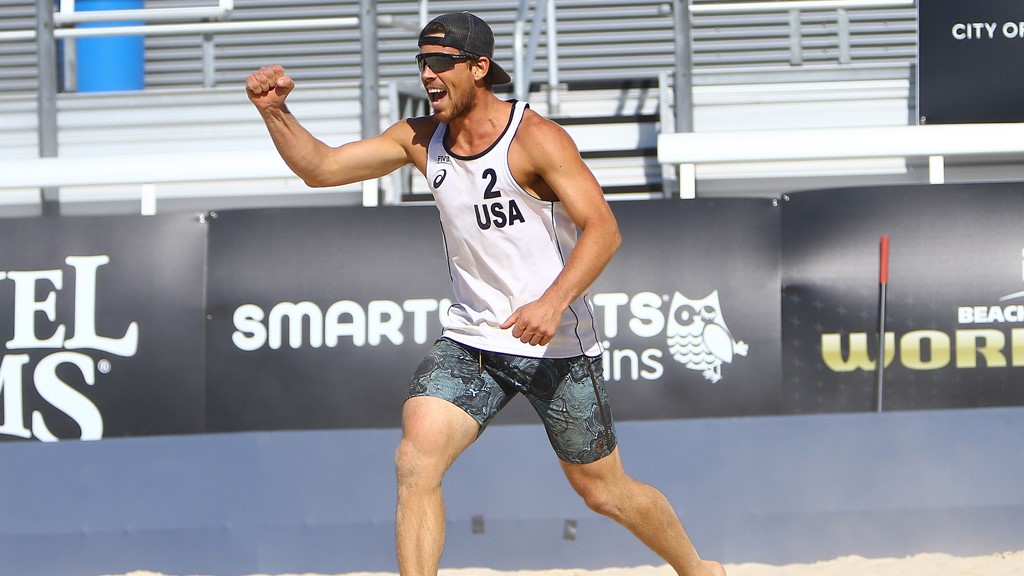 The 33-year old Olson has competed in 37 events on the main AVP tour, with a high finish of 5th at the 2014 stop in Cincinnati, Ohio while partnered with Avery Drost. He also played 14 tournaments on the FIVB World Tour, with a best finish of 5th as well at the 2013 Durban stop. His lone professional win came in 2013 on the NVL tour in Hermosa Beach.

According to bvbinfo.com, Olson has career earnings of $48,480.

Throughout his career, Olson played with a number of well-known players, including Trevor Crabb, Tri Bourne, Stafford Slick, and Theo Brunner.

“When he came on campus, it was clear he is a good fit for our program,” head coach Meagan Schmitt said. “I tell all of our recruits that we are going to spend a lot of time together, so who you are as a person really matters. One of the top priorities for the athletes is to enjoy the process and enjoy playing the game because there is such a commitment you have to make as a Division I athlete. Derek defines himself as a player’s coach. He is extremely humble. I’m excited because he is such a good fit.”

Cal’s beach volleyball team finished last season 13-12 with a 2-3 record in the Pac-12. Their season ended with two-straight losses to Arizona and Washington, both by a score of 5-0, in the Pac-12 championship tournament.