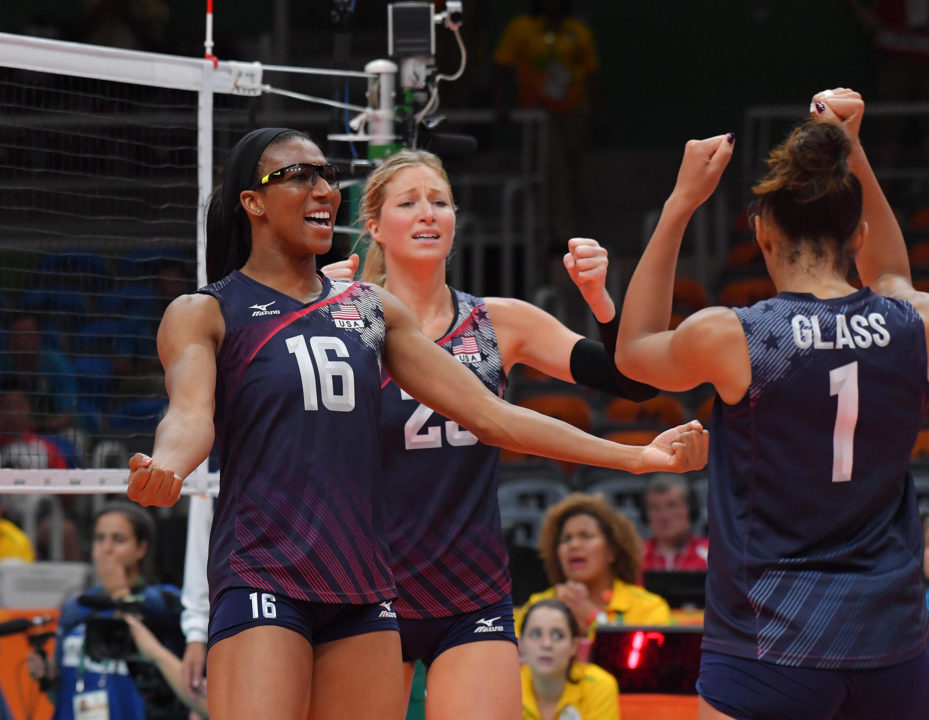 American middle blocker Foluke Akinradewo has signed in Japan with Hisamitsu Springs for the 2017/2018 season after spending the last two seasons playing for Volero Zurich. Akinradewo helped lead Volero Zurich to a bronze medal finish at the 2017 FIVB Women’s Club World Championships, defeating Eczacabasi in four sets. The 29 year old Akinradewo will now join a team that historically has been a force in Japan, including winning the Empress Cup for the past five seasons.

The 6’3” (191 cm) Akinradewo has competed on various levels of the United States national team since 2003, and was a member of the 2012 and 2016 Olympic teams. In 2012, she led the team to a silver medal, losing the final match to Brazil in four sets. In 2016, Akinradewo led the Americans to a bronze medal, defeating the Netherlands in four sets. Akinradewo was named one of the two Best Middle Blockers of the 2016 Rio Olympics along with Serbian Milena Rasic. She won the same award at the 2016 FIVB Volleyball Women’s Club World Championships. Most recently, Akinradewo rejoined her American teammates to face Brazil in two friendly matches, after taking a break following her club season. She is currently competing for the United States in the 2017 World Grand Champions Cup in Japan.

Hisamitsu Springs competes in the V.Premier League in Japan. The team finished last season as runner up in the league, losing in the finals to NEC Red Rockets two matches to zero, with both matches lasting five sets. Hisamitsu Springs previously won the league championship in 2013, 2014 and 2016 and finished runner-up in 2015.