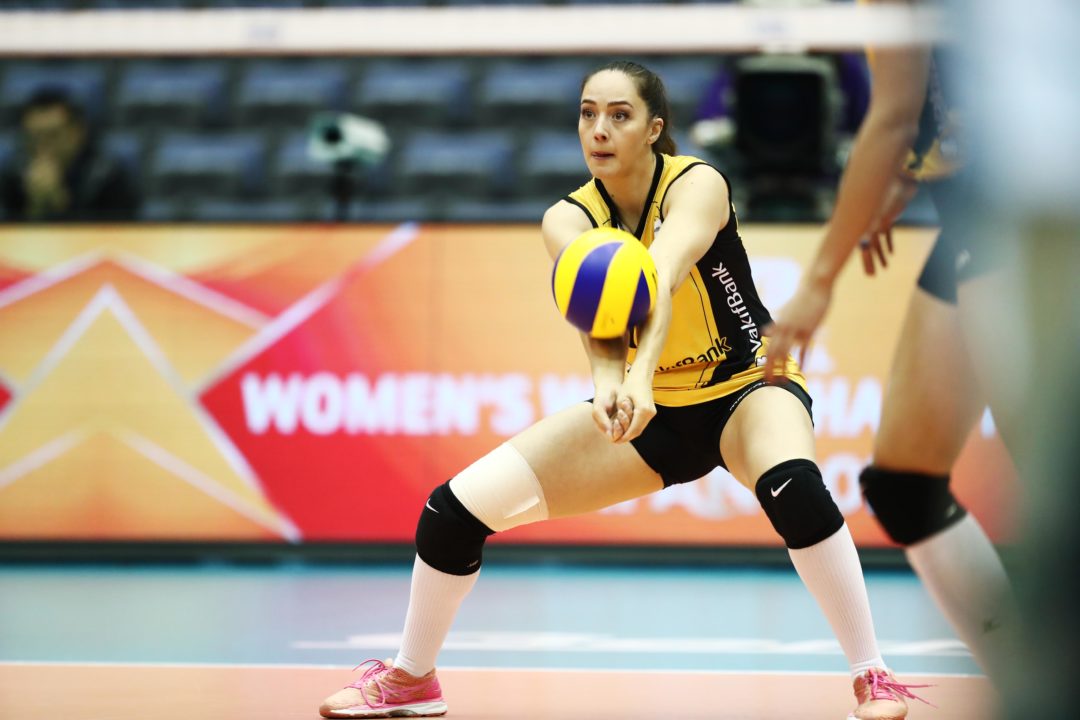 She will join Tatiana Kosheleva, Dobriana Rabadžieva, and Hristina Ruseva in trying to win Galatasaray's first Turkish title in its long history. Current Photo via FIVB

24-year-old opposite hitter and Turkey national teamer Cansu Çetin has signed with Turkish League’s current runner ups Galatasaray for the next two seasons, according to the team’s official website. Despite being so young, Çetin will now hold the distinction of having played in most of Turkey’s top clubs:

At Vakifbank, she won two national titles, the CEV Champions League and the FIVB Club World Championship. Although excused of 2017’s EuroVolley, where Turkey won a bronze medal, she has 80 caps with the Turkish national team, with which she won a gold medal in 2014 Women’s European Volleyball League.

In Galatasaray, she will be joining forces with international stars Tatiana Kosheleva, Dobriana Rabadžieva, and Hristina Ruseva. They will try to improve on last season’s performance, when Galatasaray knocked out first seeders Vakifbank on the semifinals (Çetin’s former team), but ultimately lost in the finals to Fehnerbaçe in three games. Can they finally help to deliver Galatasaray’s first Turkish national title?