WATCH LIVE: Azerbaijan/Turkey Battle It Out For Bronze 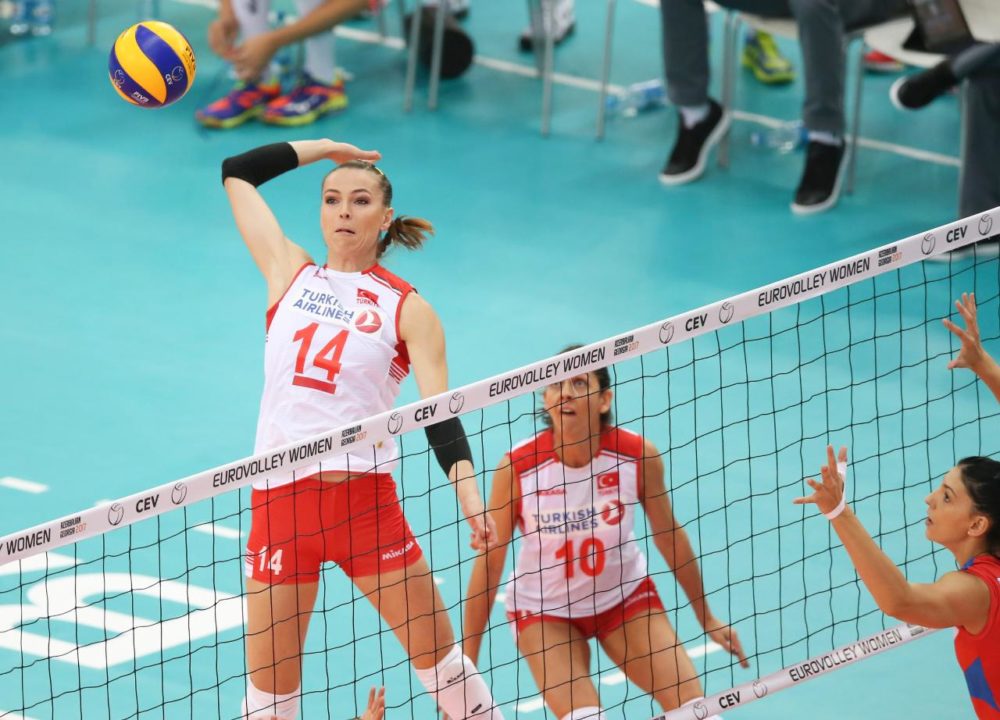 Azerbaijan and Turkey will battle it out for the bronze medal at the 2017 CEV European Women's Championships after losing their semifinal matches.  Current Photo via CEV

Azerbaijan and Turkey will battle it out for the bronze medal at the 2017 CEV European Women’s Championships after losing their semifinal matches.

Azerbaijan tried their best to make it to the finals of the competition, taking the match into five sets against the Netherlands but were unable to terminate. Despite a match-best 38 points by Polina Rahimova they couldn’t down the Dutch. They went up early in the match 1-0 but fell in the next two sets to have the disadvantage in the match. But they made their comeback in the fourth to force a fifth and deciding set but dropped it 15-12. In the competition, Rahimova has put down 132 points over five matches, leading the field by nearly 30 points scored.

Turkey struggled to handle the strength of Serbia in the semifinals, falling in three sets. Gozde Kirdar led the team in the loss with 14 points. Over the course of the competition, Neriman Ozsoy and Eda Erdem Dundar have led the team with 78 and 77 points, respectively.

Azerbaijan will have to play a solid and focused match to take down Turkey who has been an underdog choice throughout the competition, knocking off top teams like Russia.