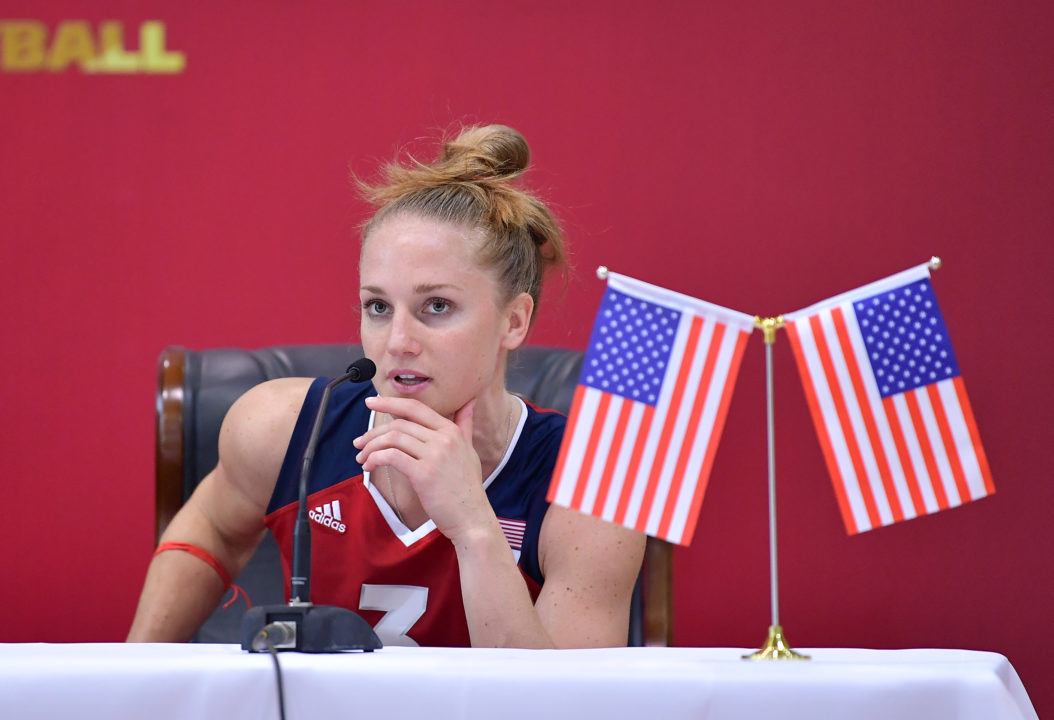 Lloyd will have big shoes to fill at Praia, since the team's former setter, Claudinha Bueno, won the Superliga's Final's MVP Award when she led the team to its first ever title Current Photo via FIVB

Lloyd had a very good first season with Brazil in José Roberto Guimarães‘ Hinode, breathing some much needed life and excitement into the team. She then took the Brazilian market by surprise when she decided to stay in the country, albeit with another team. Lloyd will have big shoes to fill at Praia, since the team’s former setter, Claudinha Bueno, won the Superliga’s Final’s MVP Award when she led the team to its first ever title. Lloyd will be joined in the team by fellow American Nicolle Fawcett, and Olympic gold medalists Fernanda Garay and Fabiana Claudino.

“She is 100% friendliness, an excellent player, and is a VNL Champion. Toda we present to you our new setter, Carli Lloyd. She has already played inn Azerbaijan, Italy, and last season played with Barueri in Brazil. At the head of Team USA, she also led the squad to a gold medal finish at the Toronto Pan American Games, while being named the MVP of the competition. Welcome Lloyd!😉”