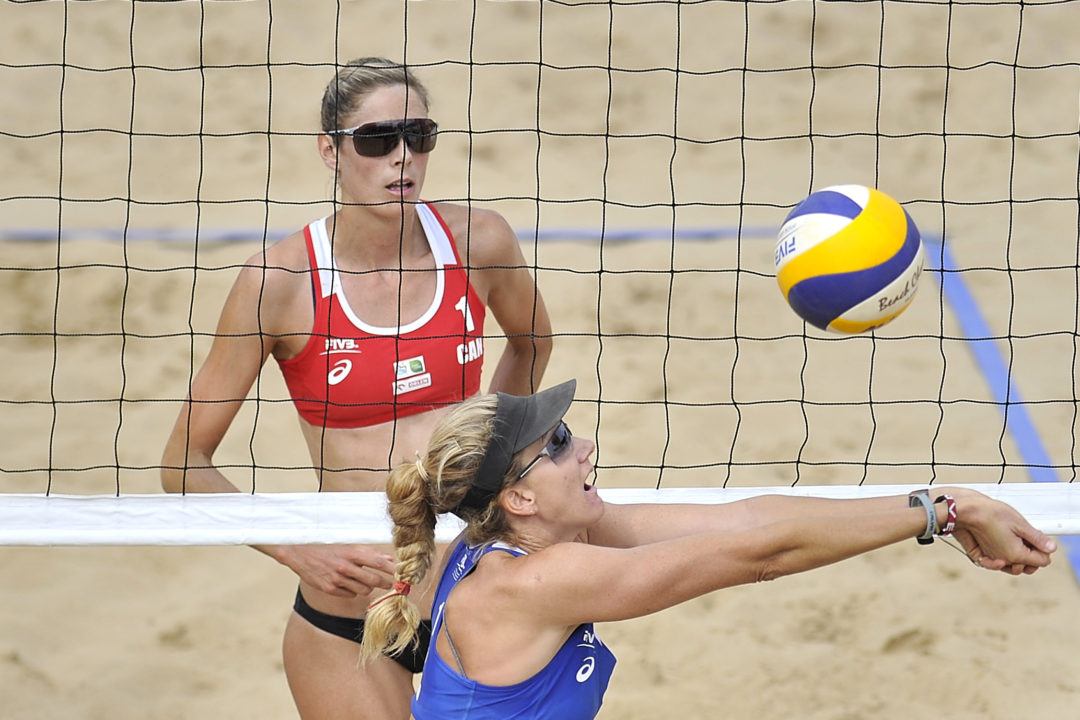 ESPN and p1440 announced an agreement placing all of the men's and women's finals matches on either ESPN2 or ABC in 2018.  Current Photo via FIVB

ESPN and p1440 announced an agreement placing all of the men’s and women’s finals matches on either ESPN2 or ABC in 2018.

“We are incredibly honored and humbled to work with ESPN and allow sports fans to experience the tip of the sphere with regard to the best beach volleyball athletes from around the world,” Walsh Jennings said. “Volleyball is one of the most watched sports during the Olympics, so we know there’s a world-wide audience out there that wants to experience everything the sport of beach volleyball has to offer. p1440 will provide a dynamic platform through which the world can experience the grace and power of our sport as well as witness the captivating stories of our athletes on and off the sand.”

ESPN’s Vice President of Programming John Lasker added his excitement to bring Walsh Jennings and P1440 to his network.

“Kerri Walsh Jennings is not only a three-time Olympic gold medalist, she’s an innovator and her event series has a creative approach that resonates with ESPN’s programing efforts,” Lasker said. “We are thrilled to be working with her and her p1440 team to present the best in professional beach volleyball to fans.”

P1440 also is set for stops in Las Vegas, San Diego and Huntington Beach, California, in 2018.