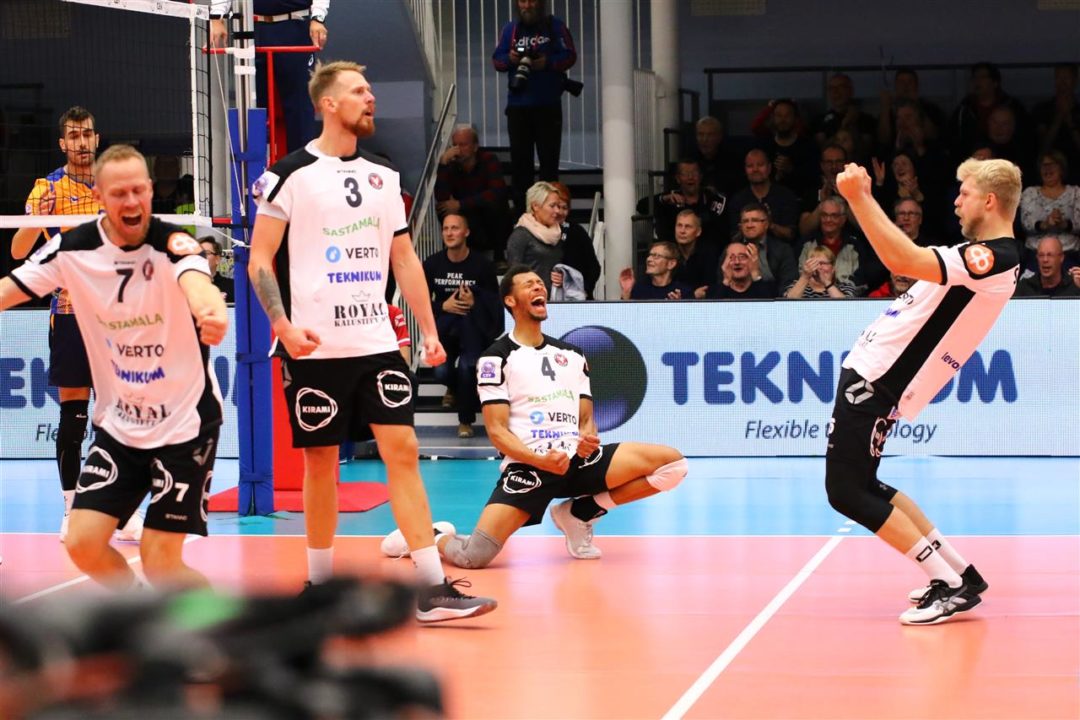 While most European leagues have not started yet, most Finnish teams have played 3 or 4 matches in the Mestaruusliiga. Ford Store Levoranta Sastamala, known as VaLePa, was 4-0 in domestic matches heading into the opening match of the Champions League. Arvis Greene Jr., in his first season as a professional after playing his collegiate volleyball at California State University, Northridge, has been gotten to a hot start for VaLePa. The AVCA Second-Team All-American has scored 5.31 points per set in the domestic league. That is good enough for 2nd-most thus far in Finland. Making his first appearance as the underdog against Istanbul BBSK.

In his first match in a European competition, Greene led his team with 22 kills. He finished the match with 21 kills and 1 block. His 21 kills came on 30 swings with only 1 attack error. He left the floor with a .667 (70%) hitting percentage. That is an incredible figure for an opposite. Unfortunately that was not enough for VaLePa, who dropped the match in 5 sets. Greene accounted for over 41% of VaLePa’s kills in the defeat.

Tommi Siirila contributed 9 points in the defeat. His points came from 3 kills, 1 ace, and a match-high 5 blocks. Olli Kunari finished with 11 points on 8 kills and 3 aces. Mikko Esko set VaLePa to a 51% hitting efficiency, which was actually better than his opponent. Though in the end, a few clucth performances from the Turkish squad was the difference.

Metin Toy, who finished number 2 in scoring at the 2017 CEV European Championships (through qualification and the Final Round), showed while he was an integral part of the Turkish National Team. The opposite, formerly of Fenerbahce, put forth a dominating presence. He led with the match with 29 points on 24 kills and 5 aces. As commanding as he was from the service line, Baturalp Burak Gungor, actually put in 6 aces. Those 2 players alone more than doubled VaLePa’s 5 aces as a team. Gungor also chipped in 14 kills and a block.

Ugor Gunes put 11 points on the stat page from the middle blocker postion for Istanbul BBSK. His points came on 6 kills, 4 blocks, and 1 service ace. Ibrahim Emet scored 7 points on 6 kills and a block from the other middle blocker position. Emet hit .667 (67%) without committing an attack error. Murat Yenzipazar set the Turkish squad to a 50% attack average.

Despite dropping the match, all hope is not lost for VaLePa. If they win in 3 or 4 sets when the teams play again on October 17th, they will move on to the 2nd Round. If they win in 5 sets, the match up will go to a Golden Set to 15 points. Istanbul BBSK just has to get a win of any kind to advance. The advantage will obviously be with Istanbul as the match will be in Turkey.