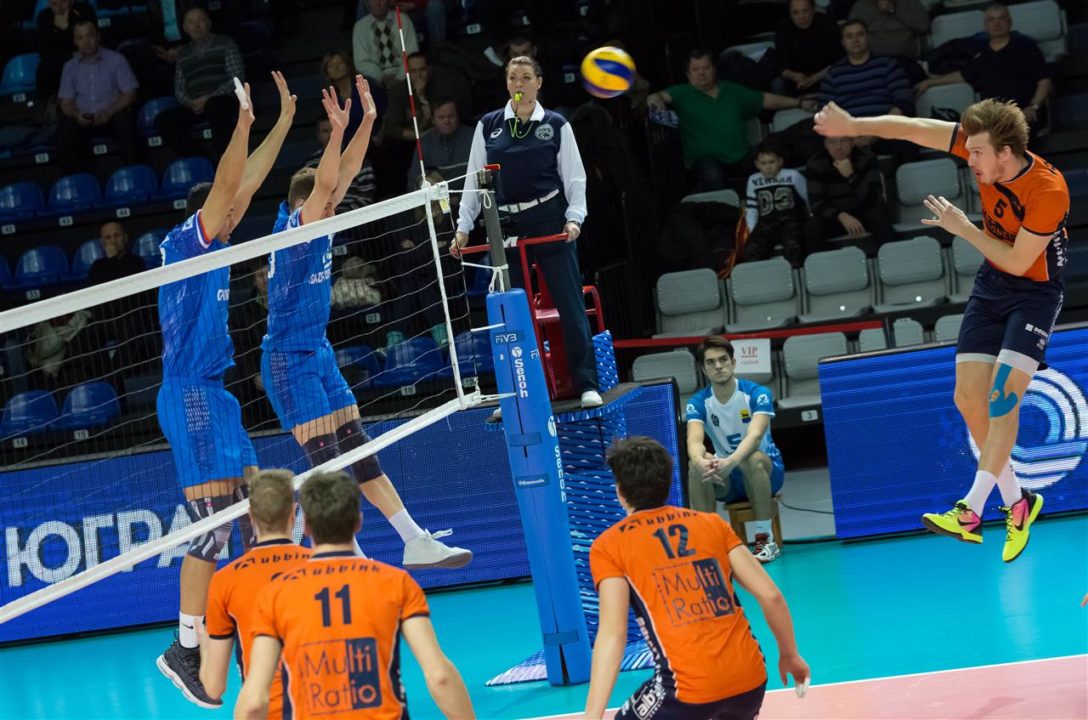 VolleyMob has covered the unexpected story of how Dutch Club Orion was having lots of financial trouble to finance its travel costs to its CEV Challenge Cup quarterfinals match against Russia’s Gazprom Surgut. To quickly sum it up, the quasi-amateur Dutch team didn’t think it would make it past the first round against Europe’s professional and tough competition, so it entered the competition “for fun” without expecting to have to travel.

The good news to volleyball fans everywhere is that the story has a happy ending, as the club succeeded in finding funds for the trip, and almost shocking the heavily favorite Russian side by taking the first set of their match up. The game started with a heavy service game from the Dutch side, which quickly opened up a 6-1 lead. By the time the Russians reacted, it was already too late and Orion closed the set at 25-21. The next two sets were close, as both teams battled back and forth with Gazprom closing them at 25-21 and 26-24, respectively, before completely finding its groove and finally closing the game at 25-13.

“Congratulations to SURGUT on the victory, we will be ready to continue the fight in a week. It was a surprise for us to spot a new setter in the opponent’s team since we had not seen him before. With his help, SURGUT managed to impose their game and won.” Redbad Strikwerda – Orion’s Coach

“The team still feels the psychological burden associated with the latest defeat in the Russian championship. It was unusual to play against the Dutch club. We had very bad discipline in the first set, but by the end of the game, we found some weak points in the opponent’s game and managed to use them to our benefit. Despite the victory, it still will be a challenge to play the second leg in the Netherlands.” Ruslan Zhbankov – Gazprom’s Coach

Both teams will now focus on their second-leg match-up next week.