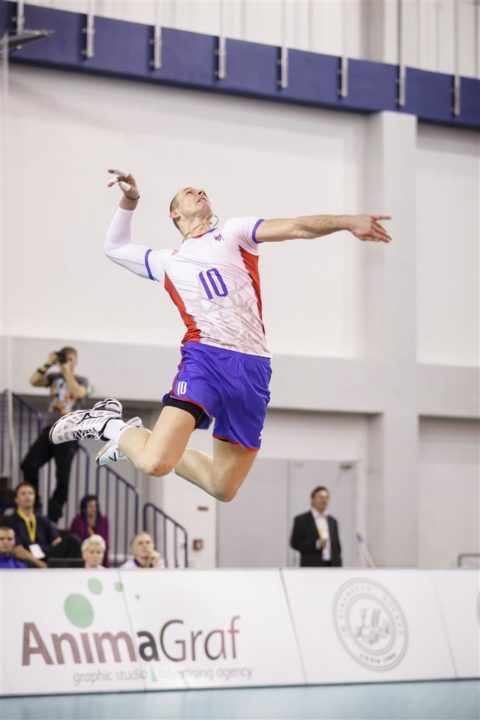 Where will the 2010 Slovakian Volleyball Player of the Year end up now? Current Photo via CEV

Italian A2 Club Emma Villas Siena has parted away with Slovak National teamer Martin Nemec, according to the team’s official website. The 6’5″ 33-year-old opposite hitter hadn’t seem much playing time this season, and thus decided to ask the team to release him.

This was Nemec’s first season with Emma. Previously, he had been a true volleyball nomad, playing in a lot of European leagues. After his start in Slovakia, he enjoyed brief stings in Turkey and France before playing two years with Perugia. In 2008, he won an European League title with Slovakia’s national team, and was the tournament’s highest scorer in 2009, leading Slovakia to a respectable 4th place. His performance culminated with him being awarded Slovakia’s Volleyball Player of the Year Award in 2010. Since then, he played in South Korea, Quatar, Romania, and Italy again, winning the 2015-15 Italian Championship with Diatec Trentino.

Here is what the team had to say about his departure:

“Emma Villas Siena  has decided to release Martin Nemec, in the face of the expressed will by the player to terminate his contract early with the white and blue jersey. Nemec, the Slovak opposite born in Bratislava in July 1984, arrived in Siena last summer.”

Emma Siena is currently in third place of A2’s White Group with a 13-7 record.