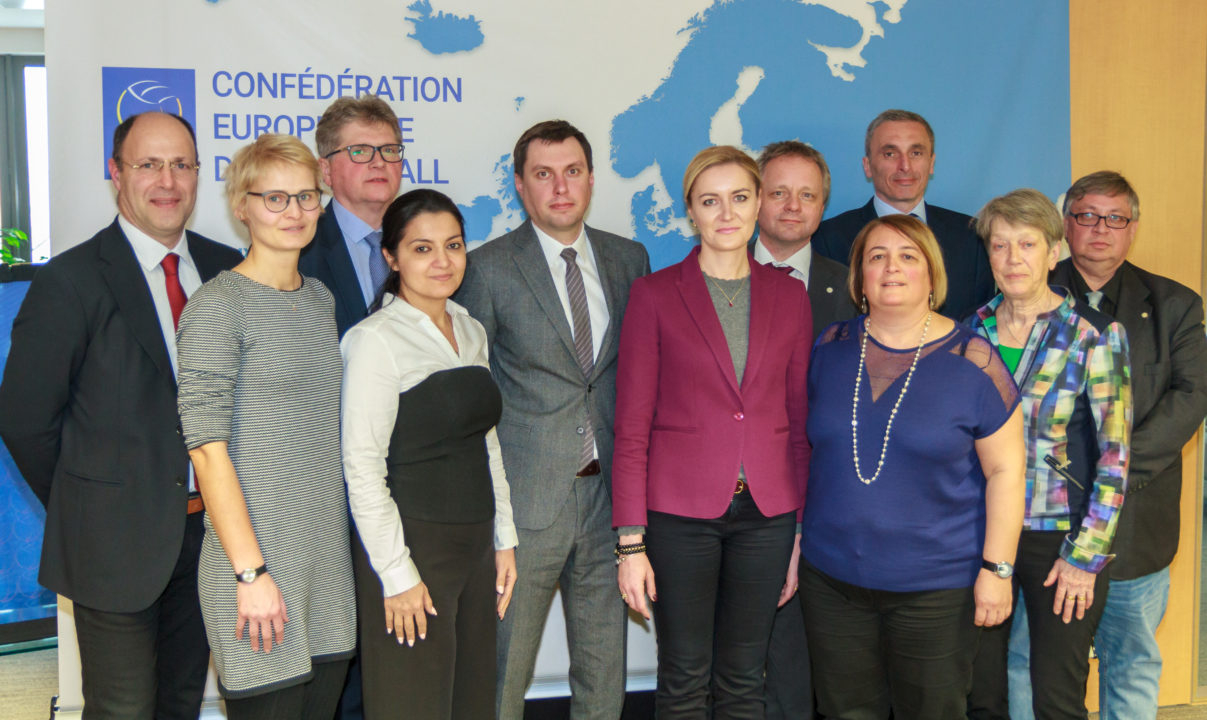 CEV's European Cups Commission is concerned with teams that are participating in its competitions for the first time.  Current Photo via CEV

We have recently complimented CEV’s institutional efforts in raising awareness for volleyball all over the European continent. After all, this was a specific request from FIVB’s president Ary Graça for the institution in his address prior to the 2017 EuroVolley competition.

This week, it took its efforts a step further. The European Cups Commission met in Luxembourg for their annual plenary meeting to review its plans for the 2018 Cup season. Its main topic of discussion was how to provide teams from across the whole continent with opportunities to perform on the international stage and take the sport to a growing audience.

The Comission stated that there is room for improvement in its organization, especially when it comes to raising the profile of the CEV and Challenge Cups. More specifically, its worries are concerned with teams that are participating in these competitions, as well as in the Champions League, for the first time. With this in mind, the Commission agreed to deliver a seminar focused on providing information on best practices for those teams embarking in their first international competitions.

The Comission also received and discussed ideas and remarks that were sent by CEV’s member clubs. All discussed proposals will be forwarded to the CEV’s Board of Administration, which will meet later this year.