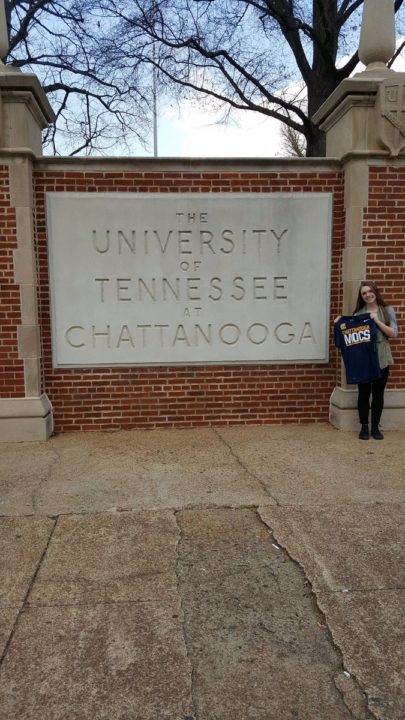 Chattanooga upped its incoming freshman class to seven members with the addition of four spring signees.

The quartet joins Jacqulyn Langhaim, Maia Rackel and Gylian Finch, who inked national letters of intent during the early signing period in November.

Cerino, a 5-9 outside from Ravenwood High School in Brentwood, Tennessee, posted 494 kills, 478 digs and 103 aces, while hitting .207 for her career. As a senior, she averaged 3.1 kills per set (379 kills) on a .213 clip, while adding 2.0 digs per set (243 digs) en route to Tennessee Sports Writers Association Class AAA all-state and Tennesseean All-Midstate first team honors.

“Since we have arrived here at Chattanooga, it has always been extremely important to keep the best in-state talent in our home state, and we are doing that with Vic being a part of our program,” Chattanooga coach Travis Filar said. “She comes from a volleyball-rich family (sisters played at WKU and Evansville) and has such a great mind for the game. She knows the training and mentality you have to possess to succeed at a high level.  Even though she would be considered by some to be an undersized attacker, Vic’s athleticism, court vision, ability to hit all angles and her backcourt skill as a passer and defender will give her the tools to compete as an outside hitter.  Vic is an incredible teammate and has been a leader for her high school program that made back-to-back runs to the State Tournament (Final 8) in Murfreesboro.”

Parrish is a 5-10 outside from Broughton High School in Raleigh, North Carolina. A Cap-7 Conference honorable mention selection as a senior, she posted 186 kills and hit at a .309 clip, while leading her team to a 17-5 mark.

“Since my time as an assistant coach at North Carolina, I have always been so impressed with the growth and culture of Triangle Volleyball Club,” Filar said. “How they go about their day-to-day teaching and training as a club in a family-type atmosphere, I have always been excited about the possibility of adding a student-athlete from that club. It has taken some time to find the right individual, but we have done just that in the addition of Nan to our program. She brings us a versatile skills set and is a crafty attacker that can play on either pin. She is someone who has really worked at her athleticism and overall 6-rotation game by putting in the necessary hours of training. Most importantly, she truly exemplifies what leading yourself to the best of your ability looks like, and that is with high character and selflessness as a teammate.”

Everingham is a 5-5 libero from Noblesville High School in Noblesville, Indiana. She averaged 4.8 digs per set, while helping the Millers to a 23-14 mark and Class 4A Regional Championship berth. Everingham pulled up 594 digs and also succeeded off the court with academic all-state accolades.

“One thing that has allowed us success in our program’s team defense, is that we have been able to create great competition in practice from our depth of liberos and defensive specialists, Filar said. “Brenna will significantly add to that by her quality of ball control and a high-energy motor that never stops.  Brenna has trained for the last two years at one of the best clubs in the country (Munciana Volleyball Club) that is known for producing elite liberos, and more importantly, student-athletes that have the correct mentality and toughness to be great at the college level.  In addition to that experience, Brenna has the ability to play all three defensive positions. She shows incredible foot-speed and athleticism that allows her to cover the entire backcourt. Her consistent level of energy and quality of play will give her a shot to impact our serve receive game and defense positively as a freshman.”

Excited to announce I have committed to the University of Tennessee at Chattanooga to play volleyball & further my education! @GoMocsVB ?? pic.twitter.com/qvcW86hrNS

Henninger is a 6-2 middle from Brentwood Academy in Brentwood, Tennessee. The Class AA Division II all-state and Tennesseean All-Midstate first team selection notched 227 kills and 101 blocks during the regular season to lead the Lady Eagles to the state semifinals.

“I believe that out of all of the clubs in Tennessee, Alliance has become one of the most influential in regards to the growth and improvement of the sport of volleyball, not just in our state, but in the Southeast region,” Filar said. “It’s awesome to have the ability to add both Halli and Vic [Cerino] from Alliance. Halli joined us for camp two summers ago and I could tell right away this was an individual who would add a ton to our program from a character and teammate standpoint. What has been awesome to see in addition to that, has been her growth as a go-to blocker and attacker for her teams. I truly feel she is just now starting to tap into her full athletic potential. Halli has the length and physicality we look for in our middles. She has the ability and work ethic to be available in transition and is someone who is going to challenge our returning veterans in that position.”

SO excited to announce that I have committed to University of Tennessee Chattanooga to continue my volleyball career!
Go Mocs ??!! pic.twitter.com/LOFZs4DX8b