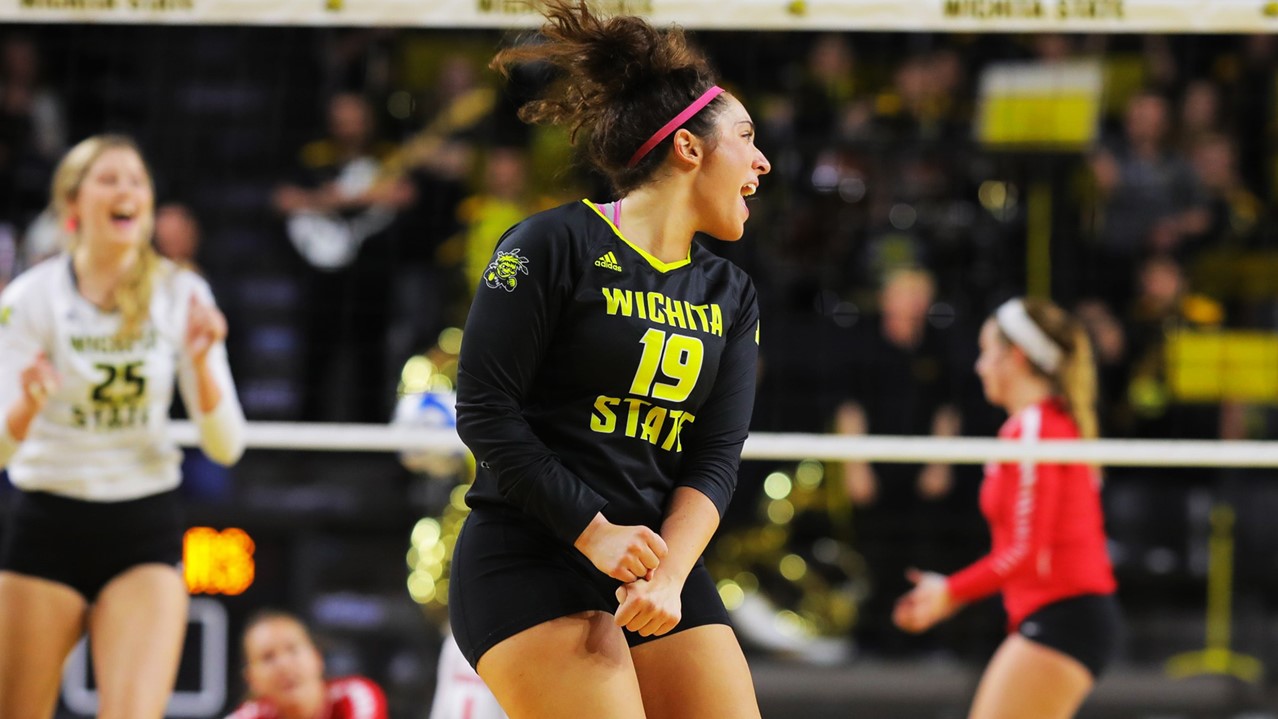 PROVIDENCE, R.I. – The American Athletic Conference has announced its final winners of the league’s weekly volleyball honors for the 2018 season.

Thompson collects her eighth weekly volleyball honor this season and 12th of her career after another strong outing at the net in the Bearcats’ regular-season finale Wednesday. She recorded 21 kills on a .515 hitting clip to fuel her team’s .378 hitting percentage en route to a 3-0 win over ECU. Thompson continues to lead the nation in kills (791), points (872), kills per set (6.28) and points per set (6.92), while hitting a conference-high .338 with 15 double-doubles this season.

For the 8th time in the 14 weeks of the regular season, Jordan Thompson has been named the @American_VBall Offensive Player of the Week!#Bearcats | #momentum pic.twitter.com/sia2bvZaPq

Civita averaged 6.44 digs per set with 58 total digs through two contests in the Shockers’ final two regular season matches. She reached the 40-dig mark for the second time this season in a 3-2 victory over Tulsa in a Havoc in the Heartland series match-up to conclude conference play on Wednesday. She added 18 more digs at North Texas on Saturday, helping her team hit better than .250. Through 53 attempts, she registered a .962 reception percentage.

Congratulations to sophomore libero Giorgia Civita on being named the @American_VBall Defensive Player of the Week!

Tingelhoff guided the Bearcats’ offense to hitting .378 against ECU with 41 assists and seven digs. She averaged 13.67 assists per set in the sweep victory and went without an attacking error on eight attempts to help Cincinnati earn its fourth-straight win.

Turner nearly had a triple double on Wednesday after recording 41 assists, 14 digs and six kills. Her double-double was her 15th of the season as she concluded her senior campaign tied for second in the conference. Turner hit .333, while recording three blocks, as she averaged 10.25 assists and 3.50 digs per set through four frames.

Guennewig wrapped up her senior year, tallying 10 kills and tying a career-best hitting percentage (.409) with four blocks, as Temple topped UConn 3-1, winning three of its final four matches. The Owls held UConn to hitting .134 in the win.

Kern was a dominating offensive force in Tulane’s win over Memphis on Wednesday, recording 12 kills and only one error while hitting .529. The senior added three blocks in the sweep, finishing the regular season with a conference and career-high 131 total blocks, averaging 1.22 per set.

Thorson knocked down 22 kills on a .239 hitting clip in a Havoc in the Heartland regular-season finale on Wednesday. While averaging 4.40 kills per set, the senior added nine digs and a pair of service aces in the five-set battle.