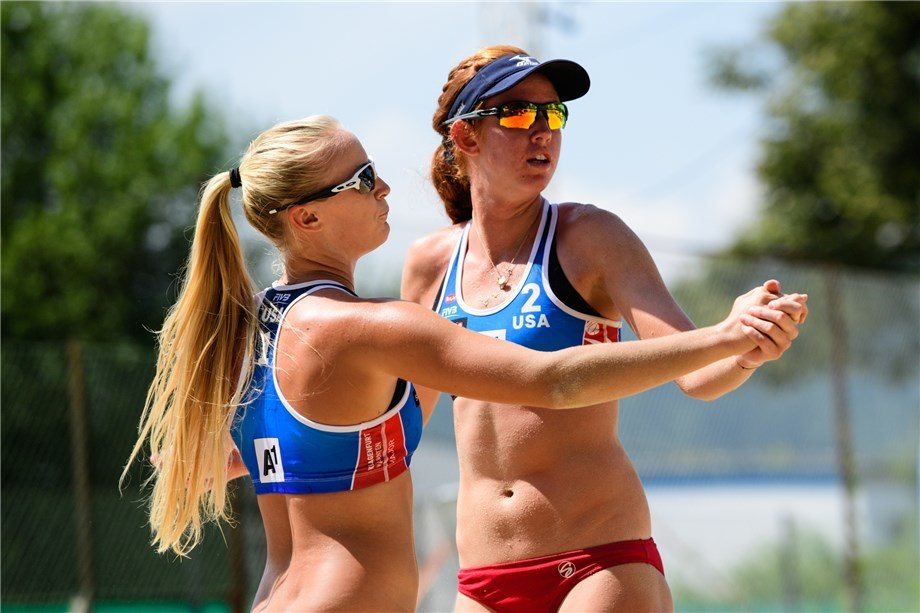 Day one of the FIVB World Tour stop in Gstaad has concluded with a number of women's teams going undefeated on the day. On the men's side, there was an upset that took down the 2016 Rio Olympic silver medalists. Current Photo via FIVB

Day one of the FIVB World Tour stop in Gstaad has concluded with a number of women’s teams going undefeated on the day. On the men’s side, there was an upset that took down the 2016 Rio Olympic silver medalists. 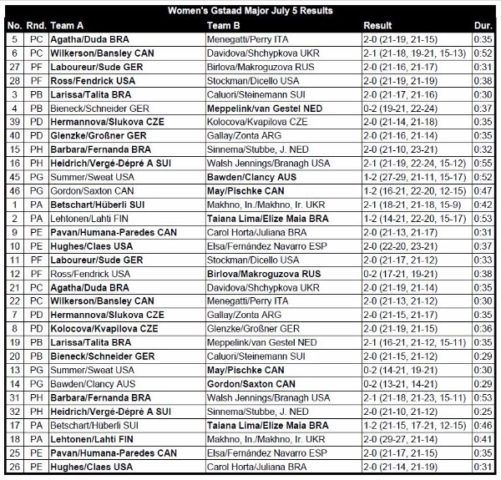 Kelly Claes and Sara Hughes only American duo to win both of their matches on day one of the main draw of the Gstaad Major. In the first match of the day, they took down Spain’s Elsa Baquerizo and Amaranta Fernandez Navarro in a 2-0, (22-20, 23-21) sweep. Their final match of the day came against Juliana Felisberta da Silva/Carolina Horta of Brazil in a 2-0, (21-14, 21-19) win. With the wins, Claes/Hughes are guaranteed a spot in the Round of 32, the elimination rounds.

From the host country, Joana Heidrich and Anouk Verge-Depre swept their opponents on day one. No Swiss women’s team has won a pool in Gstaad since 2013.

On the men’s side of the tournament, Qatar’s Jefferson Santos Pereira and Cherif Younousse posted a huge upset in the first round of play with a win over Olympic silver medalist, Daniele Lupo and Paolo Nicolai of Italy 2-1, (13-21, 21-13, 23-21). The Qatari pair has struggled this season, after finishing ninth at the Rio Olympic Games they have posted a 33rd, 25th, 17th and 33rd place finish at international events in China, Russia, The Netherlands and Croatia.