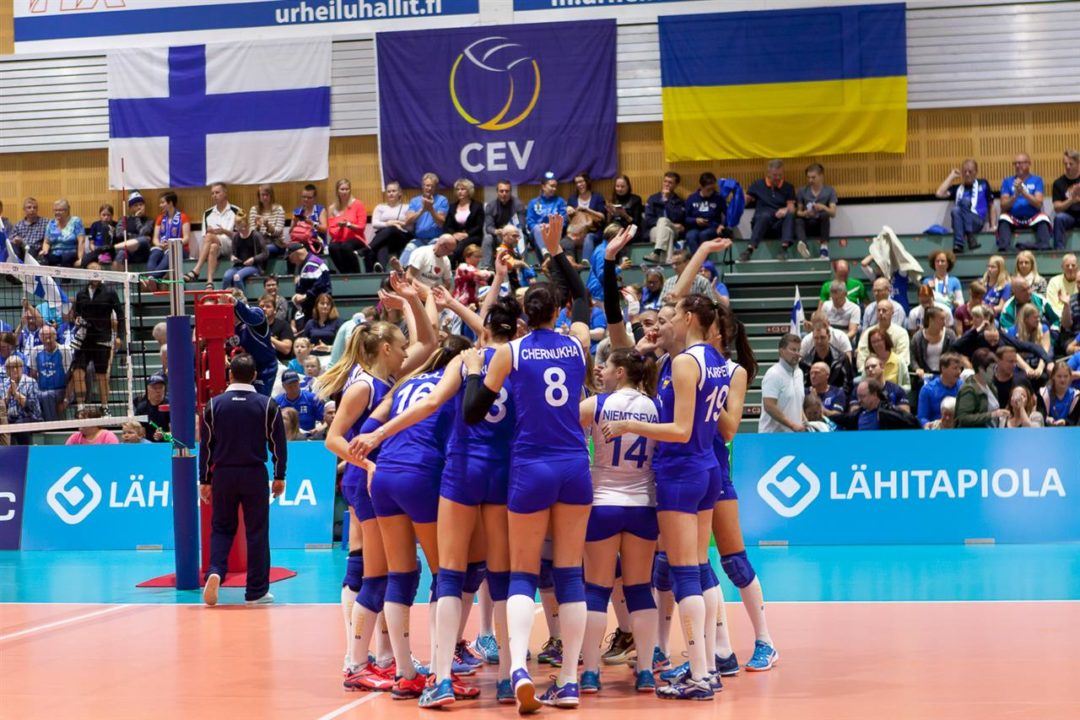 Ukraine snapped Finland’s eight match CEV European League win streak by handing the team a four-set loss in the first leg of the event finals in Helsinki, Finland. Offensive prowess, including 68 kills and a 42 percent kill efficiency, lifted the Ukrainians to the victory.

“Finland defended very well,” Ukrainian captain Nadiia Kodola said. ”As for the rematch on Sunday, we will try to attack even better than we did today, I can promise that. We will be causing even more problems to the Finnish receivers than we did tonight.”

The teams will face off again on Sunday in Ivano Frankivsk, Ukraine, with the event title on the line. The Ukrainians and Finland are both making their Euro League finals debuts.

Finland battled back from a six-point deficit in Set 2 and had a set-point opportunity, but could not stop the Ukraine in the 29-27 loss. In Set 3, Ukraine looked to have things under control at 20-13, but Finland had a different plan, rallying to take a 25-22 victory and prolong the match. The Ukrainians responded by cruising to a 25-11 win and the match.

“We have to pass the ball to our outside spikers as fast as we can, this is our only chance to be successful in this fixture,” Finland coach Tapio Kangasniemi said. “Everyone could see tonight that Ukraine attacked much better than we did. The third set, however, reflected what we have done in this year’s European League, as we came back after fighting bravely.”

Iryna Trushkina led all scorers with 24 points, including 16 kills, six blocks and two aces. Anna Stephaniuk added 20 points, with 16 kills, three aces and a block. Kodola chipped in 17 points, all on putaways, while Karyna Denysova recorded 11 points, including 10 kills.