Clancy Still Recovering From Injury, Bawden Teams Up With Laird 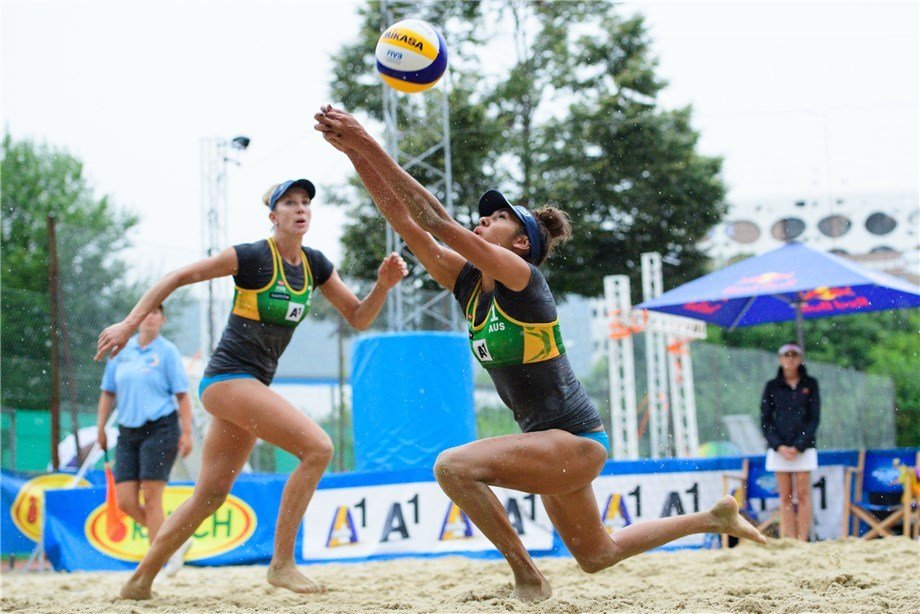 After dealing with an injury, Taliqua Clancy has been ruled out for this weekend’s FIVB Beach Volleyball World Tour event... Current Photo via FIVB

After dealing with an injury, Taliqua Clancy has been ruled out for this weekend’s FIVB Beach Volleyball World Tour event in Sydney.

Since the injury is taking her out of play for the weekend, her partner, Louise Bawden will team up with Nicole Laird for the World Tour event, the largest to hit the Sydney beaches since the 2000 Olympics.

“It is obviously a great disappointment for me not to get to play in such an exciting event on our home sand,” said Clancy. “We didn’t get a lot of opportunity to take on the world’s best at home, so there has been a real buzz among the helloworld Volleyroos from the moment this event was announced.”

At the Sydney World Tour event, there will be a total of nine Australian pairs among the 34 competing in the March 17-19 event. Other teams participating in the tournament will include pairs from the UK, Europe, North America, Asia, the Pacific and Oceania.

The three day event on Manly Beach marks the start of Volleyfest 2017, which will include 10 days of beach volleyball in Sydney. The 10 day event will include four nation men’s invitational and the Australian Beach Volleyball tour finals.