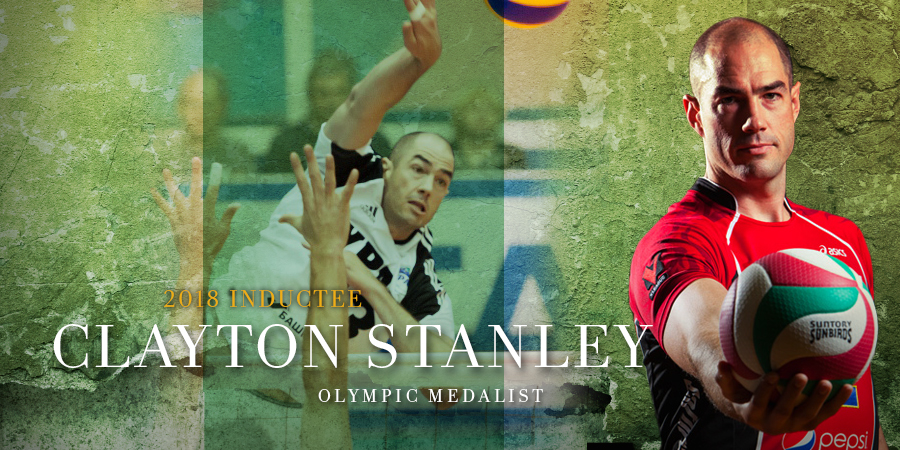 The Hawai’i Sports Hall of Fame recently announced its Class of 2018, which included Clay Stanley, perennial national team standout and gold medalist at the 2008 Beijing Olympics. His induction marks the 10th volleyball player–including his father, Jon Stanley–to be honored by by the Hall.

Both of Clay’s parents, as well as his grandfather, were exceptional volleyball players and the younger Stanley would follow in those illustrious footsteps, eventually playing two years for the University of Hawai’i before turning pro in 2001 with the Greek side, P.A.O.K. Thessaloniki. He went on to play for some of the top teams in Russia, Japan and Europe before retiring from competitive volleyball in 2016.

At the 2004 Athens Olympics, Stanley led all American scorers and helped his team finish in 5th place. Four years later, he and his Team USA teammates would reach the top of the medal stand, Stanley being named Most Valuable Player, Best Scorer and Best Server. He represented the Red, White and Blue again at the 2012 London Olympics, but suffered a knee injury during the competition.

Other Hawai’i Sports Hall of Fame inductees in the Class of 2018 include Clarissa Chun (wrestling), Shane Victorino (baseball) and Dean Wilson (golf).

Congratulations Clay Stanley for being named to the Hawaii Sports Hall of Fame! #hawaiisports For sure one of our GOAT 🐐 @hawaiisports pic.twitter.com/KTHweUNw9m