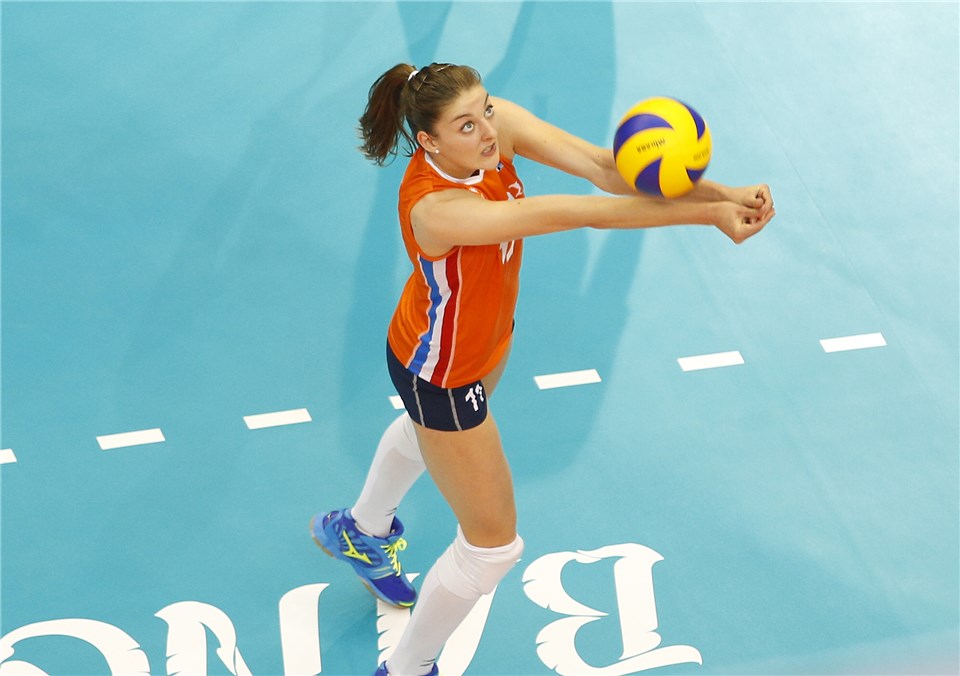 Outside attacker Anne Buijs has signed with Saugella Team Monza for the 2018-19 season. Archive Photo via FIVB

Dutch national team fixture Anne Buijs will be joining the Italian side, Saugella Team Monza, for the 2018-19 pro season. The 6-3 (191 cm) outside attacker spent last year in the Turkish league with Nilufer Belediyesipor. A year earlier, she claimed the 2017 Brazil Superliga championship with Sesc/Rio de Janeiro, for which she played a single season.

In addition to her long and illustrious professional career, Buijs has worn the orange for the Dutch national team for the past decade, having made her debut in 2008. The Netherlands are currently sitting in 5th place in the Volleyball Nations League (#VNL) table.

Several of her future teammates on Monza will be American middle blocker Rachael Adams and Italian opposite Serena Ortolani, with whom Buijs played professionally for another Italian side, Unet E-Work Busto Arsizio, several years ago during the 2013-14 season.