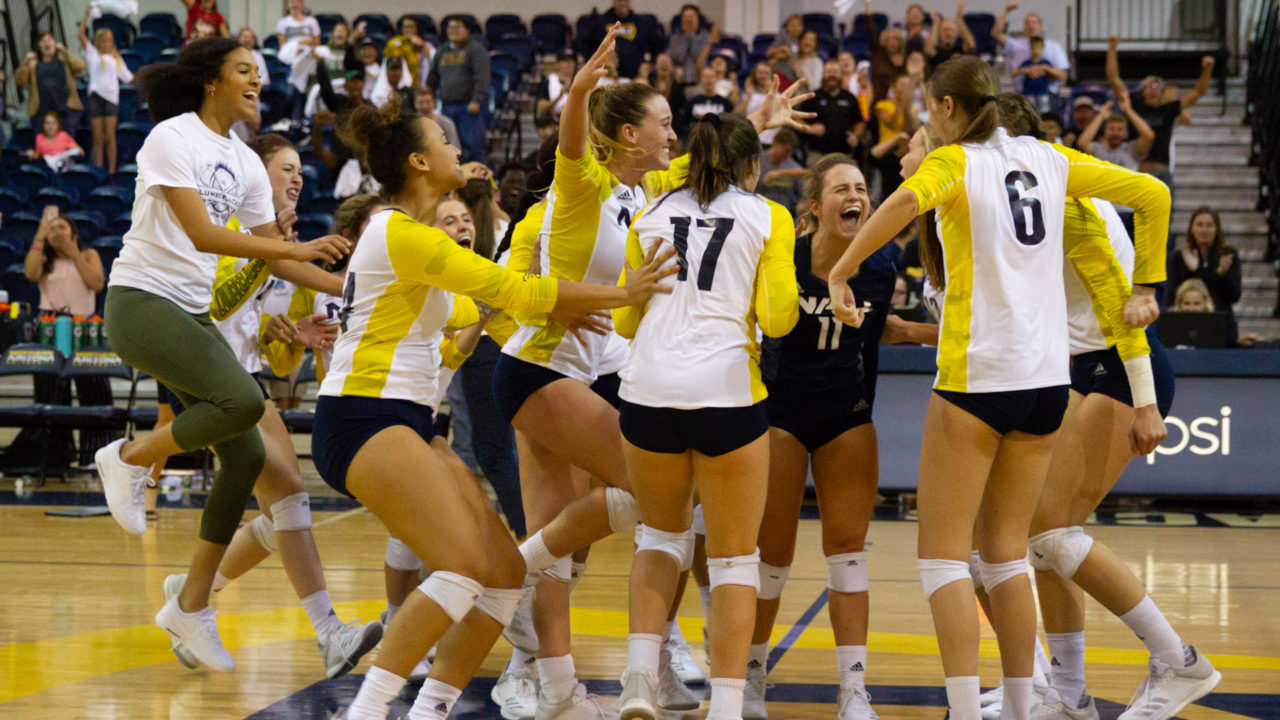 Northern Arizona took down Idaho State 3-0 in the first match of the day to advance to the championship for the first time since 2016. The Lumberjacks took the first set 25-17 ending the set with seven straight points. Kaylie Jorgenson, Heaven Harris and Abby Akin each had four kills in the first set.

In the second set, the block party came out for the Lumberjacks as they totaled five blocks in the set. The Bengals hit just .051 in the frame as Northern Arizona won 25-15. The sweep didn’t come easy for the ‘Jacks in the third set as there were ten ties and three lead changes, but NAU was able to pull away late for the win.

For the match, Heaven Harris led the team with 11 kills. Jordan Anderson recorded 21 digs and service ace to help NAU clinch a spot in the championship. Northern Arizona last won the Big Sky Volleyball Championship back in 2015 on its home floor.

In the second semifinal, Idaho won in thrilling fashion in front of Northern Colorado’s home crowd. The Vandals took the first set with Sarah Sharp picking up six of her 20 kills. After being tied 6-6 in the second set, the Bears responded with six straight points and won the set 25-17.

The Vandals had their backs against the wall in the third set being down 15-19 before reeling off six straight points to win the set. The Bears never trailed in the fourth set as Taylor Muff collected seven kills in the set. The fifth set was tied 8-8 before Idaho closed out Northern Colorado to advance to the championship.

Alycia Wodke registered a match-high 28 digs for the Vandals to lead the team. Kaela Straw finished with 19 kills with a .319 hitting percentage. The Vandals accounted for 12.5 blocks in the match while Northern Colorado didn’t register a single block. Northern Colorado’s Daisy Shultz tallied 54 assists and two service aces while Taylor Els totaled 23 digs in the loss.

No. 1 Northern Arizona and No. 2 Idaho will play at 7:30 p.m. MT on Saturday night. The match will air on Eleven Sports and can be streamed on Pluto TV. The winner will receive the Big Sky’s automatic bid to the NCAA Tournament. NAU and Idaho played against each other one time during the regular season on Nov. 15 in Flagstaff. The Lumberjacks swept the Vandals in the match.