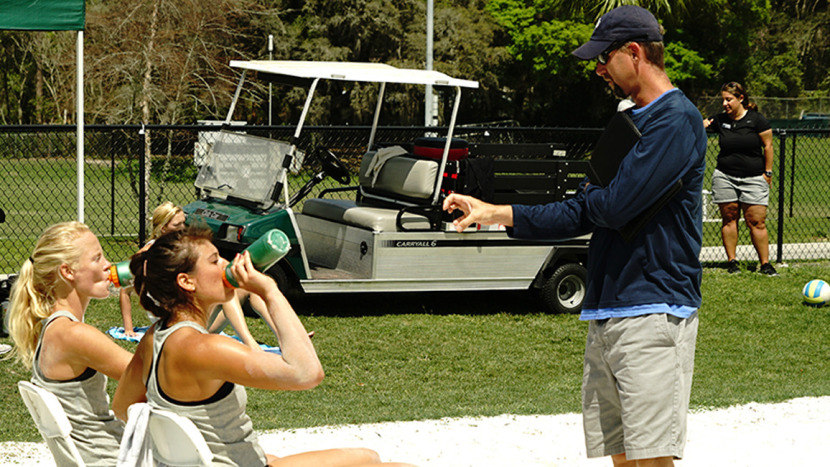 With North Florida, Loeswick was the Director of Volleyball from 2012-17 in which he led the Ospreys to a 92-48 overall record as well as 3 ASUN Conference championships. Under Loeswick, North Florida had all but one winning season under his guidance. On the indoor side, Loeswick helped the team to a 97-94 overall record over 6 seasons, leading the team to their first ASUN championship in 2012, including 20 wins for the first time in the program’s Division I history.

With LSU, Loeswick helped the Tigers to 5 straight SEC Western Division titles and the 2009 SEC Championship. The Tigers were one of 25 programs in the nation to make 4 straight NCAA Tournament appearances from 2007-10. Before LSU, he was with Oklahoma for three seasons to which he helped the Sooners to a Sweet 16 appearance in 2006 along with the best one-year turnaround for a program in Big 12 history to which the team went 28-6 for the year. To start off his assistant coaching career, Loeswick started with Cornell for six seasons where the Big Red built up a 93-38 record.

Loeswick played with USC as a 4-year starting setter, which helped him to play professionally in Germany following his collegiate career.

Last season, Coastal Carolina had a not-so-ideal year, going 1-15 overall winning just to Stevenson in a 4-1 decision. Loeswick will look to turn the program around as they will begin their third NCAA beach season.