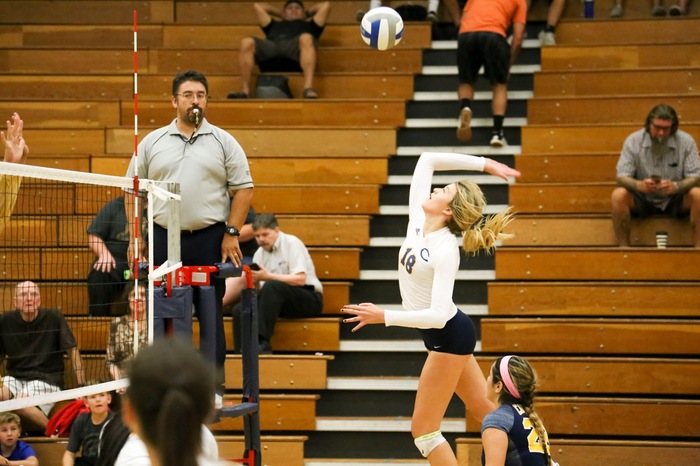 College of the Canyons outside hitter Emily Burns, the 2017 All-Western State Conference Player of the Year, will complete her volleyball career at San Diego State.

In 2017, the Valencia, California native led College of the Canyons to the California Community College Athletic Association (CCCAA) state championship tournament for just the third time in program history, its fourth conference title in the last five years and a 22-5 regular season mark.

As a rookie, Burns earned All-Western State conference honors, registering 3.75 kills and 1.21 digs per set and adding 29 aces. She hit at a .366 clip and also managed 49 blocks. The campaign included 19 double-digit kill efforts, with a season-high 24 at Moorpark, Oct. 12. Burns put together 19 hitting performances of .300 or better efficiency and five .500 or better efforts as College of the Canyons went 19-6 on the season.