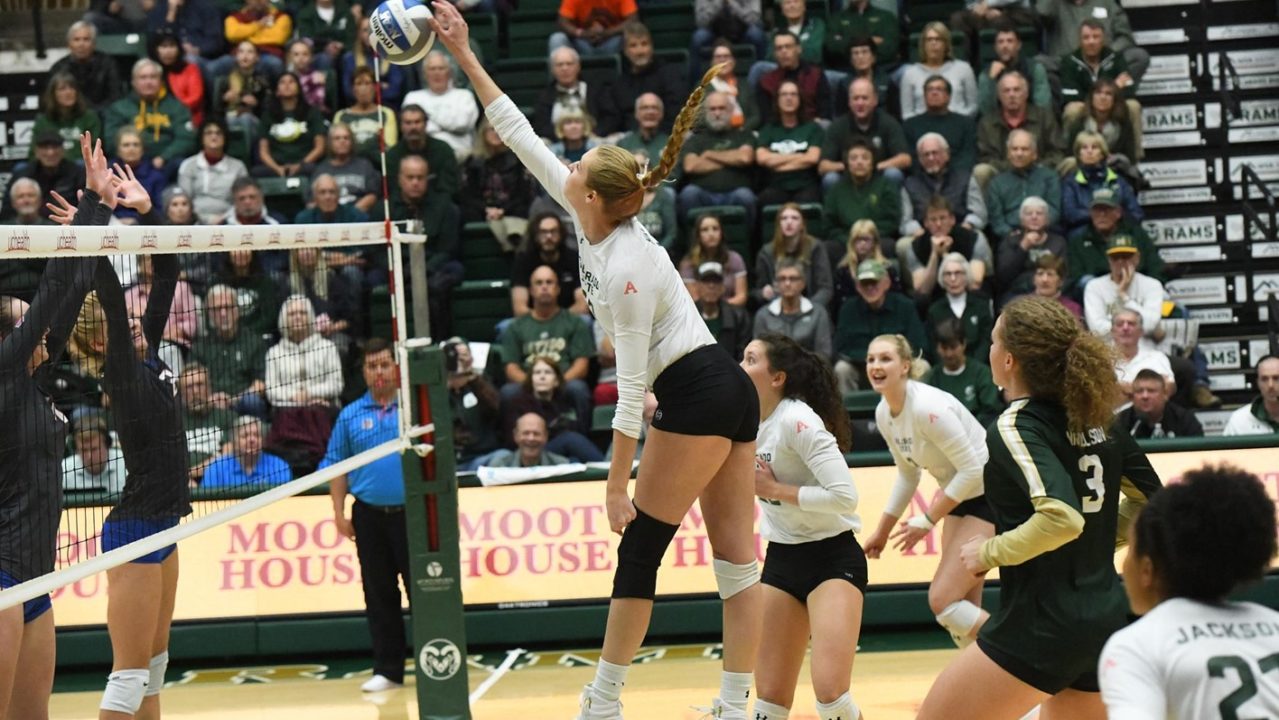 COLORADO SPRINGS, Colo. – The Mountain West announced today that Colorado State’s Kirstie Hillyer and San José State’s Luiza Andrade have earned the MW Offensive and Defensive Player of the Week awards, respectively, for contests played through Nov. 11. It marks the fifth time that Hillyer has received the weekly honor and the fourth time for Andrade.