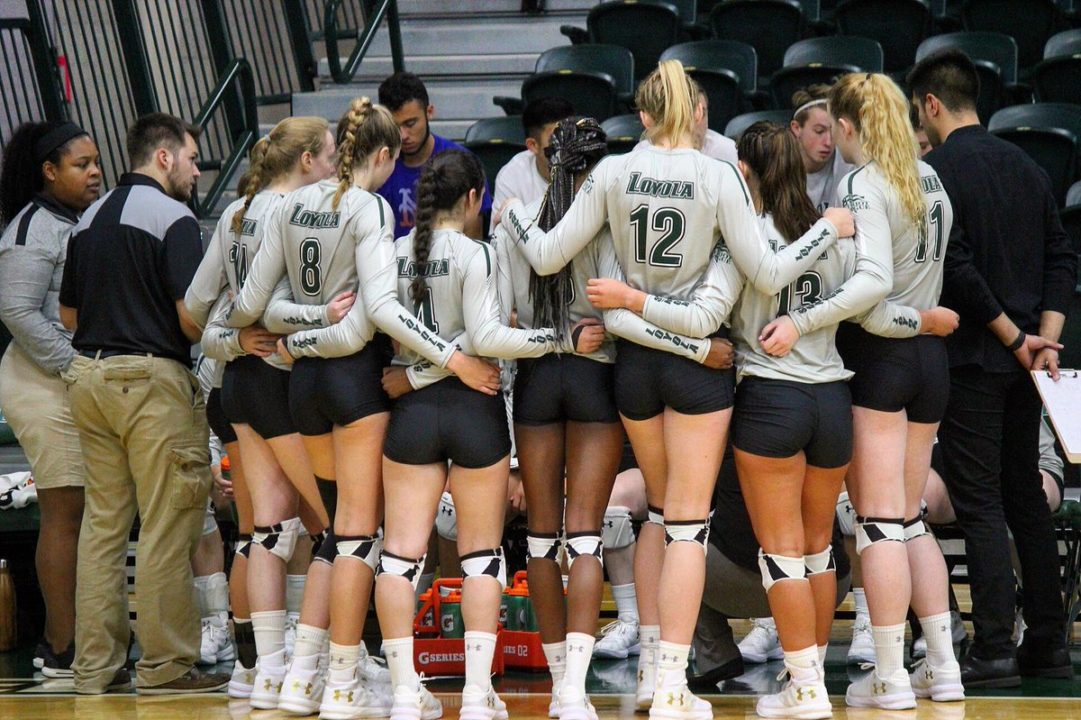 The Greyhounds (14-15 overall, 9-7 Patriot League) and Head Coach Alija Pittenger will play next Saturday, November 17, in the Patriot League Semifinals, hosted by top-seeded American University in Washington, D.C. Loyola, which finished in a four-way tie for third in this year’s standing, will be the No. 3 seed in the Championships and play the U.S. Naval Academy in the semifinals.

Abby Hamilton paced the Greyhounds’ offense Sunday against Colgate, putting away a match-best 16 kills while hitting .316.

Five other players had seven or more kills for the Greyhounds, who hit .277 collectively. Haley Puddy and Ann Ernst each tallied nine, while Molly Jarvis and Alisah Cash posted eight each from the middle. Cat Vaccaro, who had the game-winning kill, put away seven without an error for a .500 hitting percentage.

Molly Werts spread out 30 assists to go with nine digs, while Alaina Acchione had 14 assists. Katie Forsythe led all players with 23 digs, bringing her Patriot League season total to 681.

After the teams split the first two sets, with Colgate taking the latter, Loyola built a 21-9 lead late in the third set. The Raiders, however, scored 14 of the next 17 points to cut the lead to one, 24-23. A Colgate attack error, however, gave the Greyhounds the closing sideout point they needed to go up, 2-1 in the match.

A Puddy kill early in the fourth forced a Raiders timeout with the Greyhounds leading 9-4, a margin that would stay at four or higher for the rest of the set.

A Molly Jarvis service pushed the Loyola lead to 10, 22-12, and a Cash made it 11 with a  block on the next play, and Ernst gave the Greyhounds match-point with a kill at 24-12. Colgate’s Amanda Smith sided out with a kill, but Cat Vaccaro’s swing went off a Colgate defender and hit the ground, sealing the win.