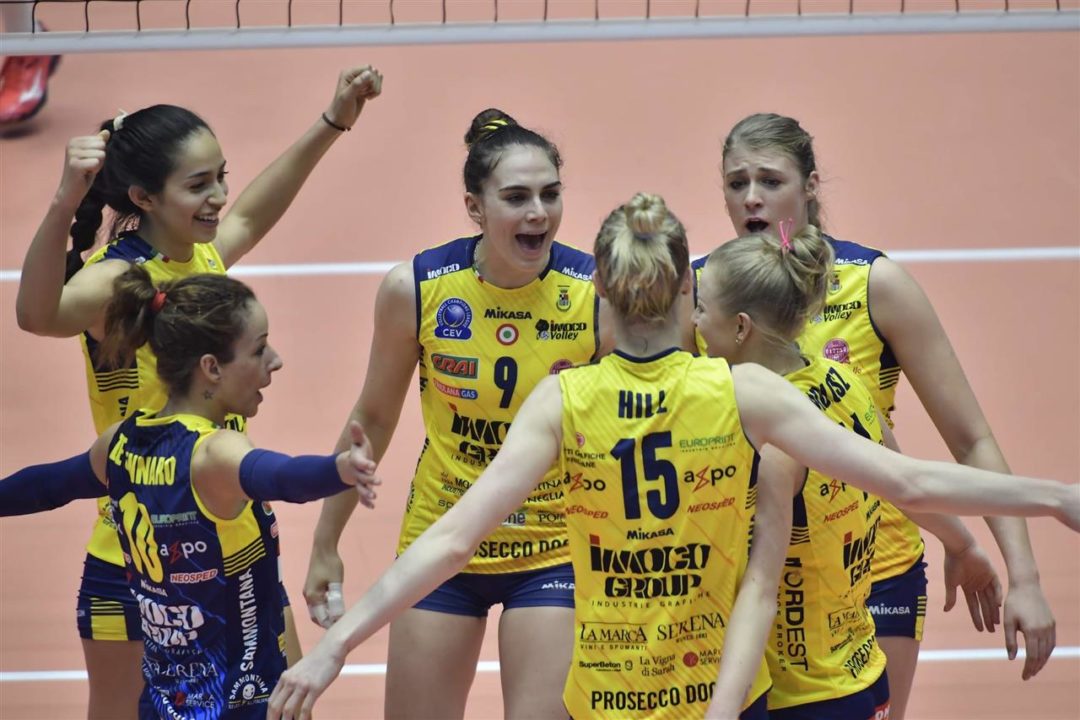 The outcome of Sunday’s bronze medal match at the 2018 CEV Women’s Champions League was the least-surprising result so far of the Final Four in Bucharest this weekend. While both teams lost their semi-finals on Saturday, their attitudes in post-match interviews were vastly different. For Galatasaray, the interviews revealed a major disappointment, almost a sadness, with how they played in the semi-final. Imoco, in spite of the same loss, were proud of the match they played against the world’s best team, VakifBank, and commented mostly on how much fun the match was.

And so it came as little surprise when Conegliano sprinted out to a 2-0 lead with dominant performances in the first two sets.

Galatasaray, still a good club even without their star outside hitter Tatiana Kosheleva, showed some life in the 3rd set, taking a 16-14 lead into the second technical timeout. This is the same pattern the team showed in their semi-final loss to Alba Blaj on Saturday, and again, it was too little, too late. As compared to Saturday, where Galatasaray stole a set late, they weren’t even able to do that in Sunday’s bronze medal match, as Conegliano swept their way to a win.

Samantha Bricio, after a hot-and-cold match in the semi-final, was huge in the bronze medal match for Imoco, including a solo block to end the game. She had 6 errorless kills on 10 swings, a block, and 2 aces, while her aggressive serving was the team’s most effective against a Galatasaray squad that received pretty well overall. Her partner Samanta Fabris was the match’s only player in double-figures with 10 points: all on kills.

Galatasaray was led by Heslihan Demir, who had 8 points in the match (7 kills, 33% hitting, 1 block). They struggled throughout offensively, however – Galatasaray had 8 attacking errors to just 3 for Conegliano; and Galatasaray landed just 33% of their shots to a whopping 52% for Galatasaray. On efficiency rating, Imoco Volley had the advantage by out-hitting their opponents .400 (26 kills, 3 errors, 3 shots blocked, 50 swings) to just .141 (21 kills, 8 errors, 4 shots blocked, 64 swings).

For Conegliano, the Italian champions, this is their 2nd-straight year on the podium after taking silver last season. It also marks a 4th-straight season with an Italian side earning a medal.