Could There Be A Cuban Upheaval In Italy’s Civitanova? 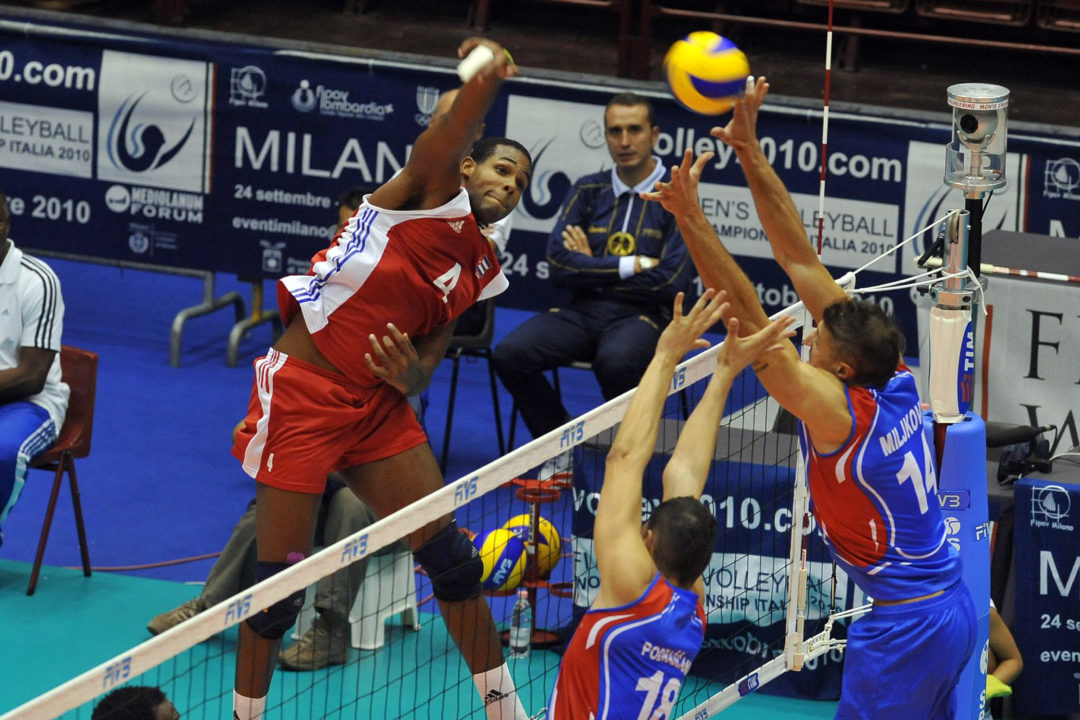 There are some big rumors surrounding a possible trio of Cuban players thinking of making their way to the Italian league with Cucine Lube Civitanova. Current Photo via FIVB

There are some big rumors surrounding a possible trio of Cuban players thinking of making their way to the Italian league with Cucine Lube Civitanova. Yoandy Leal, Osmany Juantorena and Robertlandy Simon have all been in the minds of the Italian club to seek out for the next season.

All three players are originally from Cuba but have since defected from their home country to play for a new national team.

The combination of these three at an already thriving Civitanova team would surely cause some uproar throughout the Italian league – but also a reason for other teams to step up. The team is already stacked – including Juantorena already a fixture on the team. Also on the squad are Tsvetan Sokolov of Bulgaria, Taylor Sander and Micah Christenson of the USA and Dragan Stankovic of Serbia.

Juantorena has had a successful season in the Italian league, posting 378 points for the team that included 44 aces, 309 kills and 25 blocks. Leal helped Sada Cruzeiro to their 30th title since the 2010 season in multiple events at the South American Cup Championships. Leal led the team with 15 points in the teams win over Argentina’s Lomas Voley for their 5th South American Cup title. Though Leal led the team in the championship match, Simon was the tournaments MVP, also bringing success for Cruzeiro.

Also among this mix is another Cuban player – Wilfredo Leon – who is among the best-of-the-best in the world. Currently, Leon plays for Russia’s Zenit Kazan is rumored to have signed another 2 years with the club but if he has not then Italy would be a strong candidate of league for Leon. Though it is a long-shot, Civitanova acquiring all four Cuban stars would leave the Italian club in good hands for the 2018-19 season.

This season, Civitanova ended the regular season with a 22-4 record and second place in the league behind Sir Safety Conad Perugia. This was enough to give the #2 seed in the playoffs which takes the top-8 teams in the league. They are set to take on #7 Wixo LPR Piacenza on March 11.

This Trio would probably be the best volleyball tandem in the last 20 years or so…even if Perugia signes Leon and keeps Zaytsev….Leal, Simon and Juantorena would be just too much to handle