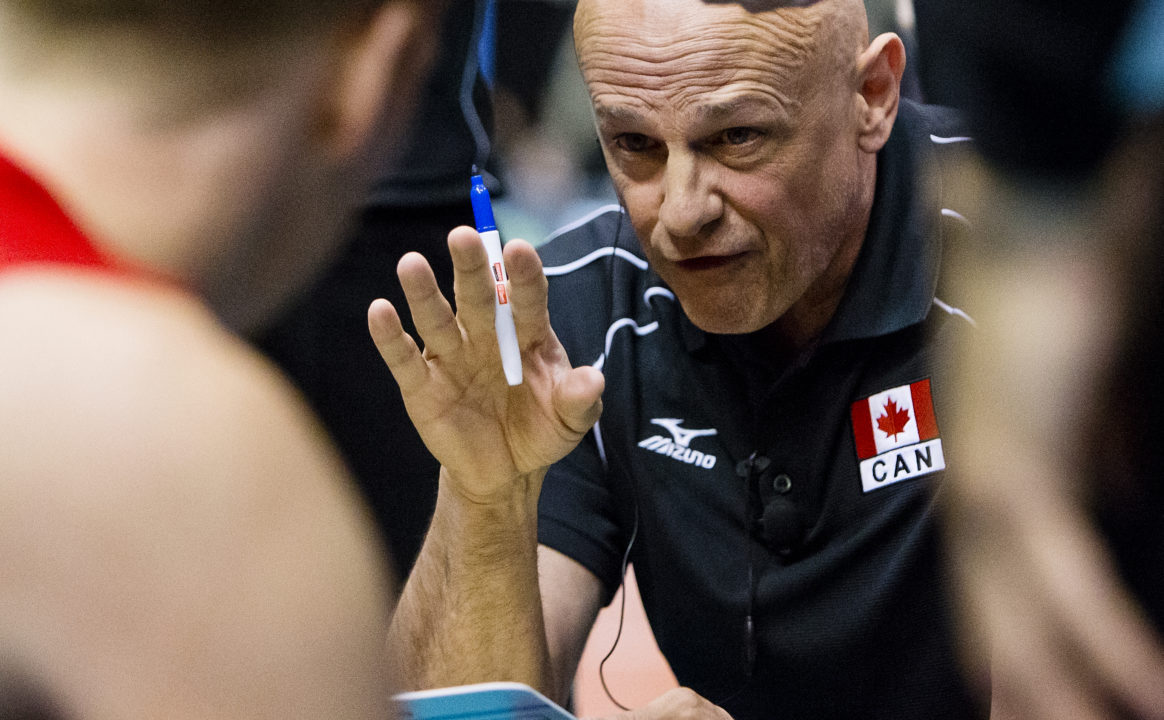 Glenn Hoag returns to the bench for Canada as an assistant on the Senior Men's B Team. Archive Photo via FIVB

Volleyball Canada has announced its “seasonal” men’s coaching staff that will support the program of Stephane Antiga this summer after a breakthrough year in 2017. The men’s Senior B team will be headed by Larry McKay of Winnipeg for the 2nd straight summer as they prepare for the Pan An Cup in Veracruz, Mexico. The Junior team will be led by Brazilian Joao Paulo Bravo.

The Canada men’s Senior National Team will be preparing for the World Championships that will be held from September 9th-30th in Italy and Bulgaria. The “B” team meanwhile will play in the Pan Am Cup with hopes of qualifying for next year’s Pan American Games – a regional championship for countries across the Western Hemisphere. The Pan Am Cup will be held from August 12th-20th. McKay is the head coach at the University of Winnipeg, a position he’s held for 28 years. That includes two CIS Coach of the Year awards in 1993 and 2002. He was an assistant with the Men’s National Team at the 2016 Olympic Games. His Winnipeg team is currently 15-9 this season.

Among his assistants will be Glenn Hoag, who was formerly the senior men’s team and Olympic coach who “stepped back” from the head coaching role after Rio.

The Junior National Team will focus on the U21 Norceca Championships from July 8th-16th in Managua, Nicaragua, where they will be trying to qualify for the 2019 U21 World Championships. That group will be headed by Bravo, who is currently playing and coaching with Arkas Izmir Club in Turkey. There, he works with the aforementioned Hoag – the team’s head coach. Among Bravo’s assistants this summer is former National Team member Adam Simac, who played on Canada’s team at the 2014 World Championships and retired in the last couple of years from playing. Simac is currently an Associate Coach with Canadian college program Ryerson University.

Canada, boosted by the efforts of dynamic young opposite Sharone Vernon-Evans, took a bronze medal in last year’s NORCECA Championships and last year’s final edition of the FIVB World League. The World League finish was the country’s highest in history.