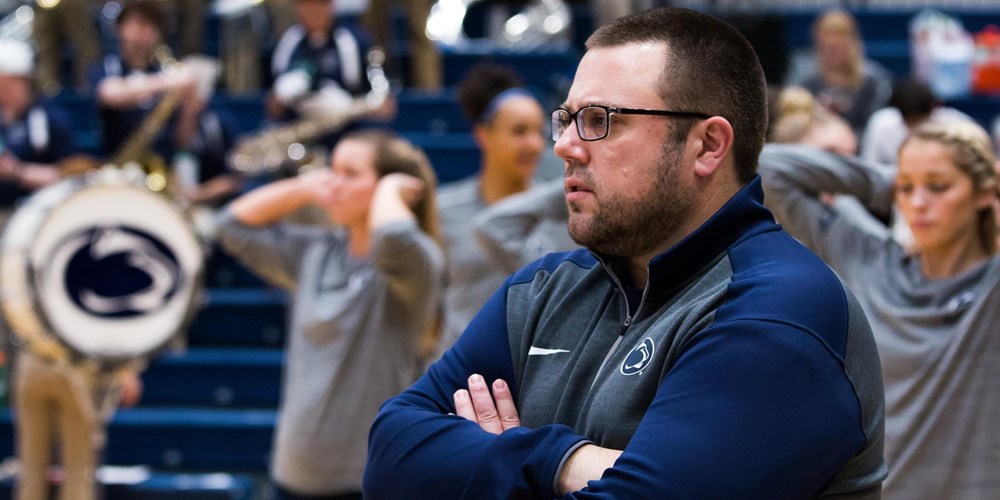 Creighton has announced Craig Dyer as the team's new assistant coach and recruiting coordinator, coming to the Bluejays after two seasons with Penn State. Current Photo via Creighton Athletics

Creighton has announced Craig Dyer as the team’s new assistant coach and recruiting coordinator, coming to the Bluejays after two seasons with Penn State.

For the past two season, Dyer has been an assistant coach with the Nittany Lions in the Big Ten, to which the team went 57-12 while Dyer was an assistant and took a share of the 2017 Big Ten title. In 2017, Penn State advanced to the semifinals of the NCAA Tournament. With the Nittany Lions, Dyer assisted with all recruiting activities in addition to video analysis and scouting report preparation for all opponents. In 2016, Dyer served as the program’s defensive coordinator and worked primarily with the outside hitters in 2017.

Prior to his time with Penn State, Dyer spent time with Pitt and Marquette. Dyer was with Pitt from the 2013-16 seasons where he was assistant and associate head coach for the program in addition to the recruiting coordinator. Before Pitt, he spent the 2009-12 seasons with Marquette to which he helped the Golden Eagles to a 92-39 record. He also helped the squad to back-to-back NCAA Tournament appearances in 2011 and 2012.

Taking time away from the women’s game, Dyer was with Penn State’s men’s team from 2006-09 to which he helped the Nittany Lions to the NCAA national championship in 2008 as well as consecutive EIVA conference titles in each year.

“I think this is a home-run hire,” said head coach Kirsten Bernthal Booth. “Craig has been part of building two programs at Marquette and Pittsburgh and then one of the perennial powers in the country at Penn State. Everyone that I talked to that he’s worked with just rave about him as a coach, as a recruiter and most importantly as a person.”

Away from the collegiate game, Dyer was the assistant coach for the 2008 Men’s Junior National Team, where the team earned a bronze medal at the NORCECE World Championship Qualifier and a spot at the 2009 Junior World Championships.

Dyers is replacing Ryan Meek who left the program last month to take the head coaching position at High Point University. Dyers is the second assistant to leave Penn State in the offseason as Salima Rockwell retired from collegiate coaching.