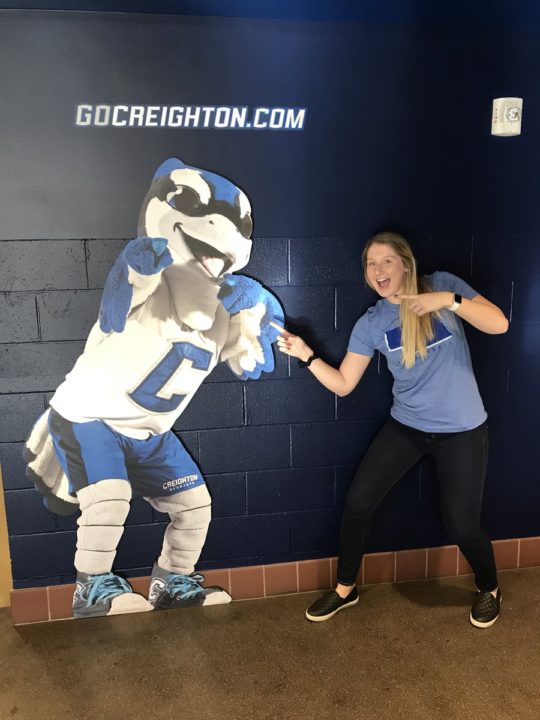 The Creighton BlueJays landed a position of need via the transfer market with the addition of Megan Sharkey, a former member of the Rutgers Women’s Volleyball team. A junior-to-be in 2018, Sharkey will have two years left of play.

So excited to announce that I am officially a Bluejay! I will be starting at Creighton in January to play volleyball and continue to education! pic.twitter.com/SajnYGLcwl

Standing as a 5’10” setter, Sharkey came to Rutgers in 2016 after she was an Under Armour All-America Honorable Mention recipient her final year at Bettendorf High School in Iowa. She started in 31 of 33 matches as part of a 6-2, duel setter system in year one. This past season, the team utilized a 6-2 and 6-1 in different matches, but the total was Sharkey logging 7.78 assists, 1.48 digs and 0.28 blocks per set.

The move comes at a critical position for Creighton, who loses two-time AVCA All-America honoree Lydia Dimke to graduation/transfer (for a final semester of beach) as well as defensive specialist/setter Kenzie Crawford (graduation) and young backup setter Jaclyn Taylor, who recently announced her transfer plans to Omaha.

They do return defensive specialist Samantha Bohnet, who was the assist-leader for Creighton when Dimke was hurt earlier in the year, but Sharkey appears to have an opportunity for plenty of playing time.

“I just wanted to be part of a winning program,” Sharkey told the Omaha World-Herald. The statement may be blunt and feel like a twisted knife for Rutgers, but it comes with plenty of factual evidence; Creighton won 26 matches in 2017 and made the Elite Eight in 2016, in addition to longer sustained success, while Rutgers went 5-27 last year and have won just 20 matches in four years.

With the departures of Dimke, Crawford and Taylor, it seems as if Sharkey has a great chance at becoming the starter for Creighton and getting meaningful playing time right away on a 2018 BlueJays squad that will likely start the year ranked in the preseason.