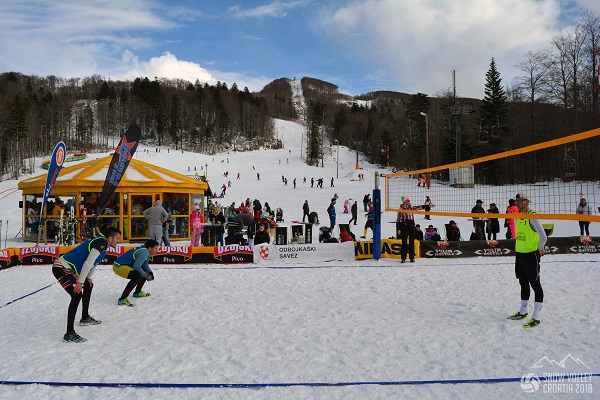 Croatia concluded their first-ever Snow Volleyball national championship that will send a men's and women's pairing to the inaugural CEV Snow Volleyball European Championships from March 23-25. Current Photo via CEV

Teams gathered from all over Croatia to compete for the title, with four women’s and six men’s entries into the competition. Many players involved are prominent beach players for the country, signing up to show off their skills on the snow. The winners of the event went to Erika Drvis/Petra Bozeglav on the women’s side while Donald Stojnic/Niko Goga won on the men’s side.

This was the first time that Stojnic/Goga have played snow volleyball, hearing about its rising popularity in Europe and wanting to help with the project in Croatia.

Below is the remaining calendar for snow volleyball national championships that lead up to the European Championships.