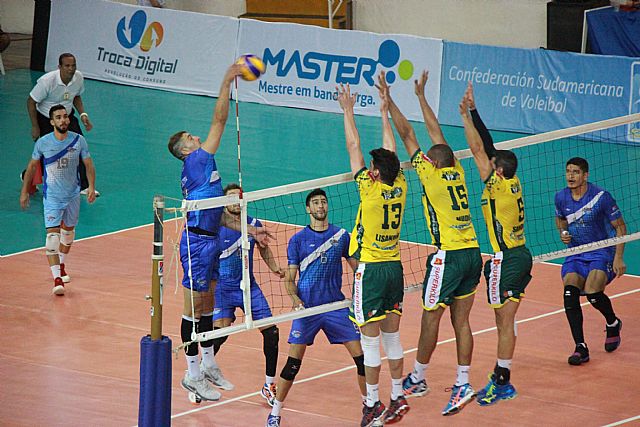 The winner of the finals match-up gets an automatic berth for the 2018 FIVB Club World Championship. Current Photo via CSV

“We played a good game today, as we entered it very concentrated, served and attacked very. We came out with the very important victory, which granted us the opportunity to fight for another South American title. We will fight for it strongly, no matter who the opponent is.” – Cruzeiro‘s Yoandy Leal

“The fist two sets very very complicated. We know that if we let an Argentinian team grow in the game, it’s complicated to try to catch up with it. I am very happy that we were able to impose a strong game rhythm from the beginning. We served very well and studied our opponent deeply before the game. Everything we studied happened on the court, we were able to reproduce what our coached asked of us, and the result was a win. With serious, focused work, we were able to come out with the win and head for the finals.” – Cruzeiro‘s Isac Santos

The winner of the finals match-up gets an automatic birth for the 2018 FIVB Club World Championship.